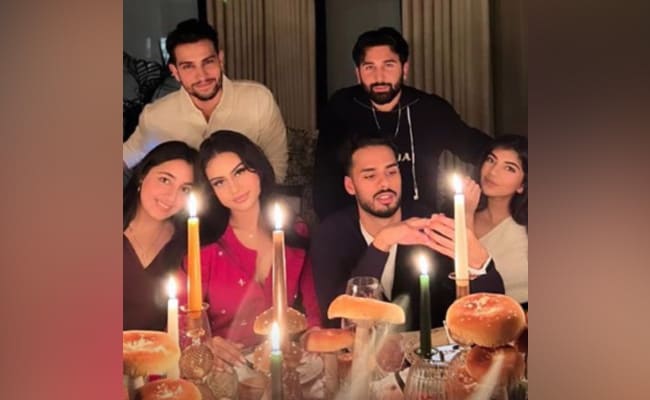 Janhvi Kapoor is missing her rumoured boyfriend Orhan Awatramani a bit more these days. The actress who is in Mumbai currently made her fans go aww with her mushy comment on Orhan's latest post. It is a set of pictures from his Thanksgiving dinner with his friends who included  Ajay Devgn and Kajol's daughter Nysa, Arjun Rampal's daughter Mahikaa and Ahan Shetty's girlfriend Tania Shroff. Sharing the photos, Orhan wrote, “The only attitude is gratitude.” Janhvi was quick to react to the snaps. In the comments section, she adorably wrote, “Miss you baby.” Her sister Khushi Kapoor also dropped a comment for her “favourite icon.” It read, “Miss you my fav icon.” Orhan's post also received reactions from his friends Bhumi and Samiksha Pednekar. While the Badhaai Do actress commented, “Cutie” with a red heart icon, her sister wrote, “Here's to gratitude baby.”

At the Thanksgiving dinner, Nysa Devgn was looking gorgeous in a red top and blue shorts. She had a whole lot of fun with model Neelam Kaur Gill, Mahikaa Rampal and Tania Shroff. 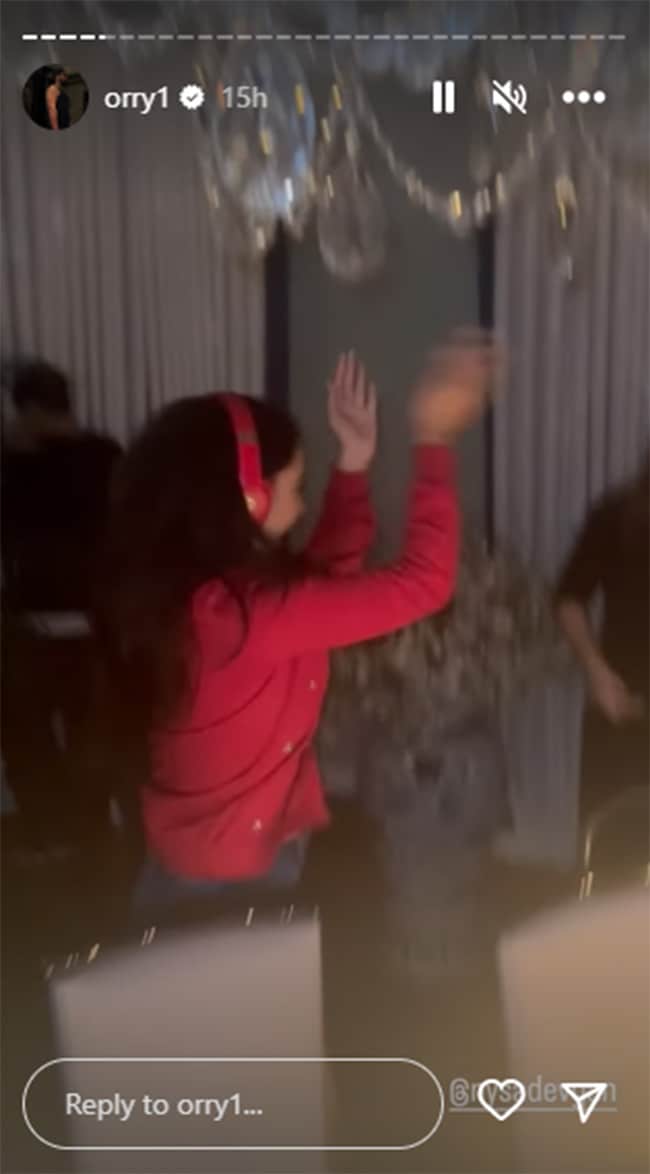 Janhvi Kapoor and Orhan Awatramani often feature on the lists of trends, courtesy – their rumoured relationship. Reports about the duo being in a relationship started doing rounds on the Internet earlier this year. They have neither confirmed nor denied the reports but Janhvi and Orhan frequently fuel the speculation by dropping loved-up comments on each other's posts. On the actress' stunning pictures from Dubai, Orhan Awatramani dropped a fiery, as well as a hot face emoji and wrote, “Ya allah.”

Janhvi Kapoor was all hearts for these pictures and videos of Orhan Awatramani from a Lil Nas X concert.

In terms of work, Janhvi Kapoor's upcoming projects include Bawaal and Mr And Mrs Mahi.