"I would like to thank the audience and the judges for making me the winner," said Indian Idol 10 winner Salman Ali 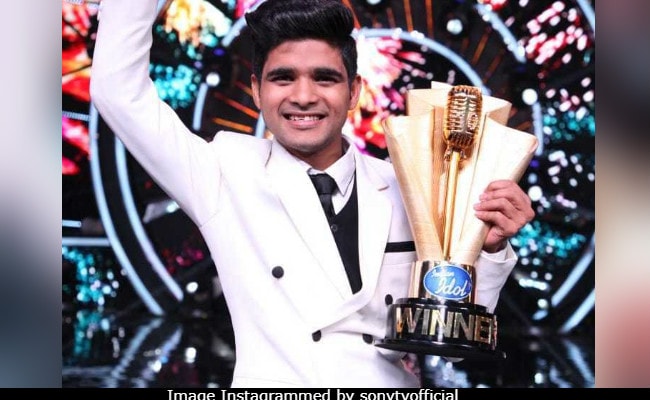 Haryana's Salman Ali was announced as the winner of the 10th edition of the singing-based reality show Indian Idol on Sunday in Mumbai. He says he wants to do a lot of things, including Bollywood projects. Salman was awarded prize money of Rs 25 lakh from Sony Entertainment Television and a Datsun car during the grand finale.

"I would like to thank the audience and the judges for making me the winner. People from my village are very happy. I am getting lots of calls. They are distributing sweets there and bursting crackers," Salman, who hails from Mewat, Haryana, told IANS after his victory.

The other finalists - Nitin Kumar and Vibhor Parashar - were handed over a cheque of Rs 3 lakh each.

"We are all like a family only. We used to crack jokes, help each other and have fun so, there was no competition. As far as being a winner is concerned, everyone comes here to win only. But I had thought that even if I didn't win, at least I got a lot of love from the audience," he said.

Asked how he will utilise the prize money, the 20-year-old singer said: "I come from a very poor family. My house is also not in a good condition. The roof of my house needs to be fixed. We had taken loan also. So, I would like to use the money for all this. I want to take my life forward with this money."

But if he gets a chance, he would also like to help the underprivileged.

This is not his first show as a contestant. He had previously participated in another reality shows. His journey in music started early.

"I have just studied till ninth or 10th grade. We have our family business which is singing. So, I started earning when I was just seven years old," he said.

He has Bollywood dreams now.

"I want to do a lot of things in my life. I want to do something in Bollywood. A lot of people from Bollywood had come on the set of Indian Idol. A lot of them even praised me. So, I am sure they will give me a chance and I will prove myself," he said.

He has already sung a song for Varun Dhawan's Sui Dhaaga: Made In India and TV show Chandragupta Maurya.

He even shared the stage with superstar Shah Rukh Khan during the grand finale.

Shah Rukh was accompanied by actresses Katrina Kaif and Anushka Sharma. The top five even celebrated SRK's cinematic journey by singing some of his hit songs like Main Hoon Na, Don and Zaalima. The superstar joined the contestants and did the signature steps when they sang Chaiyya Chaiyya.

The finale also saw the show's judges Neha Kakkar, Vishal Dadlani and Javed Ali setting the stage on fire with their performances.

"It has been a wonderful emotional journey for me and 'Indian Idol 10' has been special in many ways. Salman Ali has showcased immense growth this season and I am extremely happy for his win," Neha said.

Mr Dadlani added: "Indian Idol Season 10 has been one of the greatest seasons of any reality show on Indian television ever. It's been truly hard fought, right from the beginning. The top 20 were incredible and the top 5 that we ended up with, are at a global level.

"Certainly, the best top 5 any show has ever had and to win amongst all of these is an achievement that will be remembered by Indian television audiences for a long time."

Singer Anu Malik, who had to step down from the jury panel of the show in October after being accused of sexual misconduct, was not part of the finale either.