Mandira Bedi Began Her Day With Her "Partner In Crime" Vir

"Staring the day with a walk," wrote Mandira Bedi 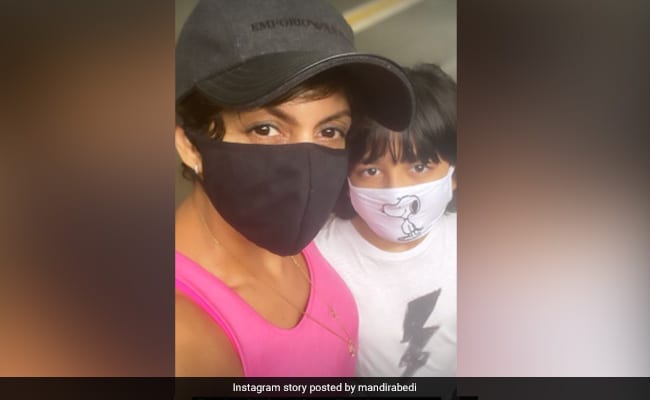 Mandira Bedi began her day on a healthy note and she shared glimpses of it on her Instagram stories on Wednesday. The 49-year-old actress posted a selfie with her son Vir. She also shared a picture of her daughter Tara, who can be seen happily posing for the picture and she looks super cute. "Look at those muscles missy," Mandira Bedi wrote sharing a picture of Tara. Sharing her picture with Vir, the actress describer her son as her "partner in crime" and added, "Staring the day with a walk with my partner in crime." 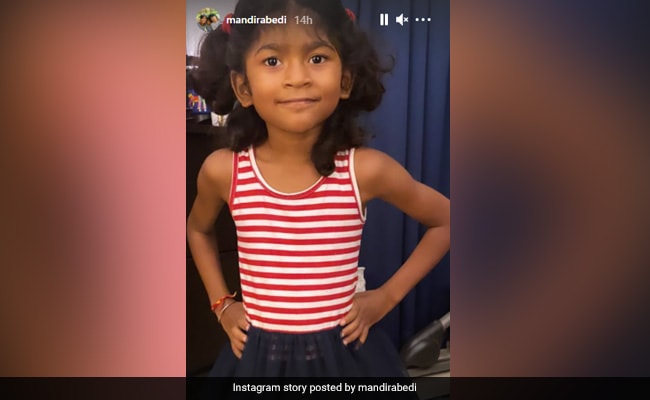 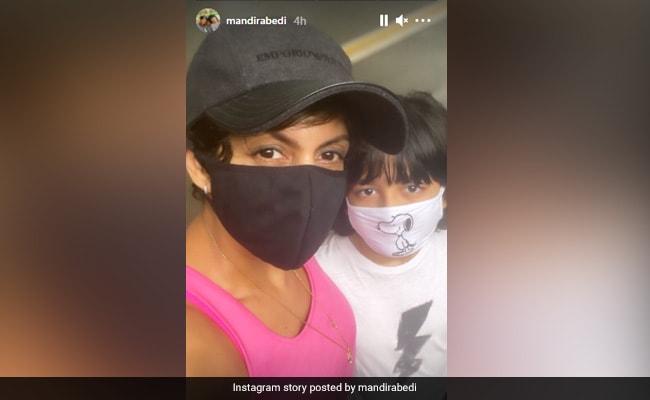 Mandira Bedi frequently shares posts with her family. A few days ago, she posted a picture with her family. "Only love. Grateful for my family and all the love, support and kindness," she wrote.

Mandira Bedi married late filmmaker Raj Kaushal in the year 1999. Their son Vir, 10, was born in 2011. Mandira and Raj Kaushal, who previously revealed they wanted to adopt a daughter, welcomed Tara into the family in July last year. She recently celebrated her 5th birthday.

Raj Kaushal, who was also a writer and a director, died at the age of 49 about a month ago. He had backed several films, including Onir's 2005 movie My Brother... Nikhil... He had also directed films such as Pyaar Mein Kabhie Kabhie, Shaadi Ka Ladoo (also featuring Mandira Bedi) and Anthony Kaun Hai. He started his career as a copywriter. Raj Kaushal also started his own advertising production company in 1998 and went on to direct over 800 commercials.

In terms of work, Mandira Bedi has featured in popular television shows like CID, 24 and Kyunki Saas Bhi Kabhi Bahu Thi and is best-known for her titular role in Shanti. She was also a part of Shah Rukh Khan and Kajol's Dilwale Dulhania Le Jayenge. Mandira Bedi has also hosted shows such as Fame Gurukul, Indian Idol Junior and India's Deadliest Roads. She also featured in both the seasons of the web-series Thinkistan.