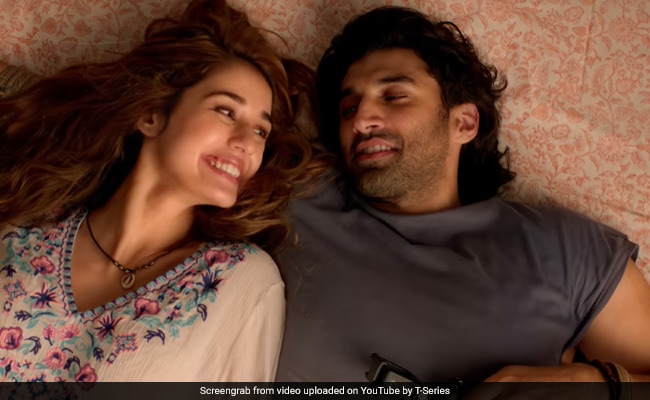 Disha Patani and Aditya Roy Kapur in a still from the song. (courtesy YouTube )

Chal Ghar Chalen, the first song from the film Malang released on Friday and it went viral in no time. The song showcases the tragic love story of Aditya Roy Kapur and Disha Patani. The video begins with Aditya recalling all the beautiful moments spent with his lover Disha. The video is replete with some bittersweet scenes. The one that we loved the most is when Aditya pairs a blazer with shorts and Disha Patani bursts out laughing. Aditya, who seems to have lost the love of his life, is seen reminiscing over the past days and thinking about his love incessantly.

Chal Ghar Chalen is romantic track that has been composed by Mithoon and it has been sung by Arijit Singh. The lyrics are by Sayeed Quadri. Check out the video here:

Sharing the song on her Instagram profile, film's lead actress Disha Patani wrote: "They took away his love, now he will destroy their world." Take a look at her post here:

Malang is an action-thriller which has been directed by Mohit Suri, who has earlier helmed films like Ek Villain, Kalyug, Murder 2 and Aashiqui 2. Other than Aditya and Disha, the film also stars Anil Kapoor and Kunal Kemmu in pivotal roles. The film showcases the story of three compulsive killers, each with drastically different motives and methods. The film has been co-produced by Luv Ranjan, Ankur Garg, Bhushan Kumar, Krishan Kumar and Jay Shewakramani. Malang is slated to hit the screens on February 7, this year.