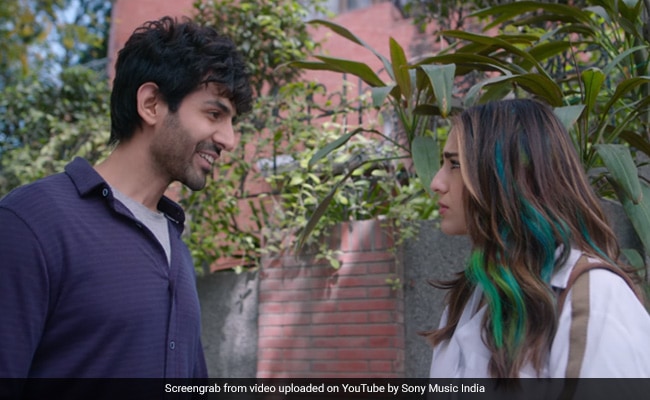 We have seen Sara Ali Khan's Zoe and Kartik Aaryan's Veer's loved-up and happy memories but the new Love Aaj Kal song is all about heartbreak blues. Mehrama, sung by Darshan Raval and Antara Mitra, is a melodious number that will tug at your heartstrings. Mehrama features melancholy glimpses of the love story of Zoe and Veer, set in 2020. The song begins with Zoe and Veer parting ways after dating each other briefly. But memories of each other keep revisiting Zoe and Veer as they try to busy themselves in their respective lives. Zoe, who pushed Veer away from her, devotes all her concentration to her career but keeps checking her phone every now and then for a text or a call from Veer.

It appears that Veer leaves town and moves to the hills with a new job. He feels a sense of emptiness inside him as he carries on with his regular chores and mountains - memories of Zoe keep coming back to him. Even Zoe realises that she's developed feelings for Veer.

The trailer of Love Aaj Kal revealed that Zoe is a career-oriented woman, who is more than happy to date Veer casually but doesn't wish to get into a committed relationship with him. Mehrama also has glimpses of Raghu (also played by Kartik Aaryan) and Leena (played by Arushi Sharma)'s romance set in 1990.