Kiara Advani Sets The Winter Mood Right With This Clip 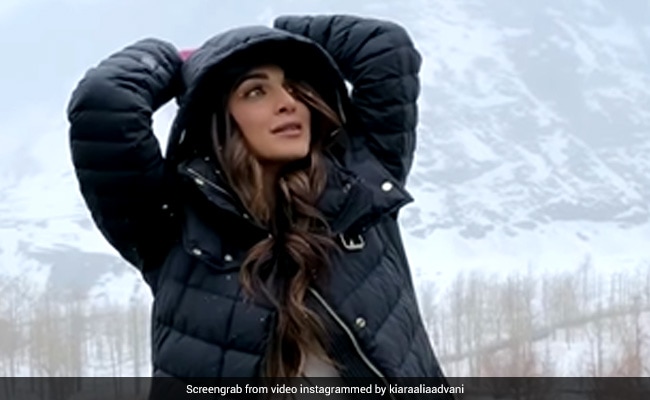 Kiara Advani's current mood is bliss. Don't know what we are talking about? Just take a look at her latest Boomerang on Instagram. The actress is giving us winter vibes here. Amidst the snow-capped mountains, Kiara is enjoying her time to the fullest. For the background, the actress has picked the song Winter Is Coming by Midnight. Kiara didn't think much about the caption and just wrote, “Mooooood,” along with a white heart emoji. Fair enough. The comment space is filled with red heart emojis. Well, we can't blame her Instagram family. It is beautiful.

Kiara Advani definitely knows how to keep fans hooked to her Instagram timeline. So, what did she do this time? The actress shared a video grooving to the party number Lover by her Good Newz co-star Diljit Dosanjh. It was shot inside a vanity van. Kiara was not alone. Actor Varun Dhawan gave her company. The two will be next seen in Jug Jugg Jeeyo. “Being adults,” read her caption. One of the first comments came from actor Ranveer Singh. He dropped a set of red hearts and face with tears of joy emojis. Celebrity stylist Eka Lakhani thinks this is “night shoots ka asar [Effects of night shoots].” Jug Jugg Jeeyo director Raj Mehta wrote, “Hahahaha. Kahan phas gaya. [Where am I stuck]”

Now, let us take a look at the fitness side of Kiara Advani. Here, the actress is performing a back exercise. “Charged for 2021,” she wrote in the sidenote.