Kareena confessed that during her pregnancy days, she "shopped excessively for baby products" and had made Google her best friend for baby care tips 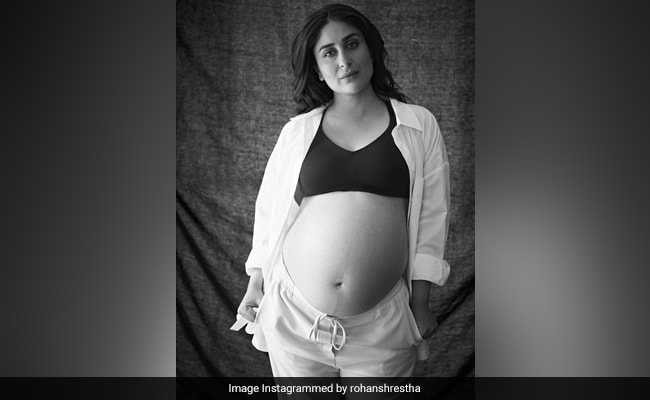 Did you know Kareena Kapoor "couldn't stay away from pizza" during her pregnancies? The 40-year-old actress shared some of the things she experienced during both her pregnancies in a tell-all Instagram story. Kareena revealed that she received "unsolicited parenting advice" and was "worried about the stretch marks", among several other experiences. Kareena confessed that during her pregnancy days, she "shopped excessively for baby products" and had made Google her best friend for baby care tips. The mother of two also added that she had major cravings for a wine and desserts during her pregnancies. Kareena Kapoor and Saif Ali Khan are parents to two sons - Taimur was born in 2016 while they welcomed Jeh in February this year.

"My next story pretty much sums up most of the things I went through during both my pregnancies," Kareena wrote on Instagram. And then followed it up with this post - here's how Kareena invited her Instagram family to a game of Bingo. 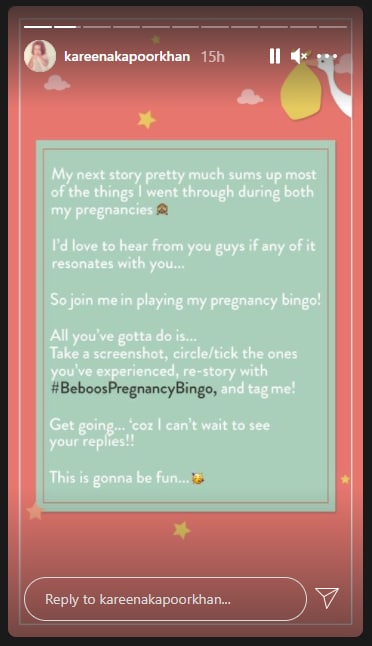 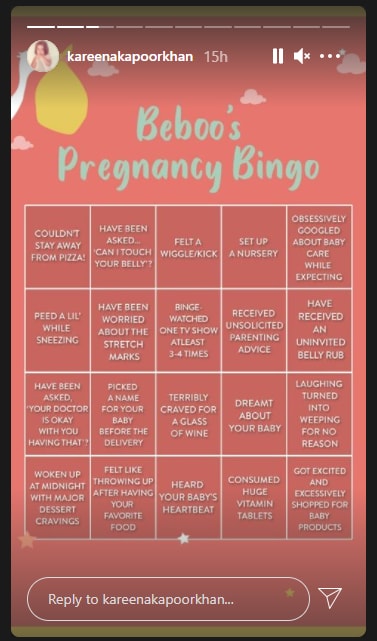 Kareena Kapoor often shares glimpses of her post-pregnancy work out diaries. About getting back in shape, she recently wrote: "Getting there each day at a time...with my trainer...Gym time."

Kareena Kapoor recently launched her new book - Kareena Kapoor Khan's Pregnancy Bible, which is all about both her pregnancy experiences. In terms of films, Kareena will next be seen opposite Aamir Khan in Laal Singh Chaddha, the shooting of which she wrapped in her early pregnancy months. Kareena also has Karan Johar's much awaited period piece Takht in her line-up.