Karan Singh Grover said, "As the story takes its natural course, the role of Mr Rishabh Bajaj has come to an end." 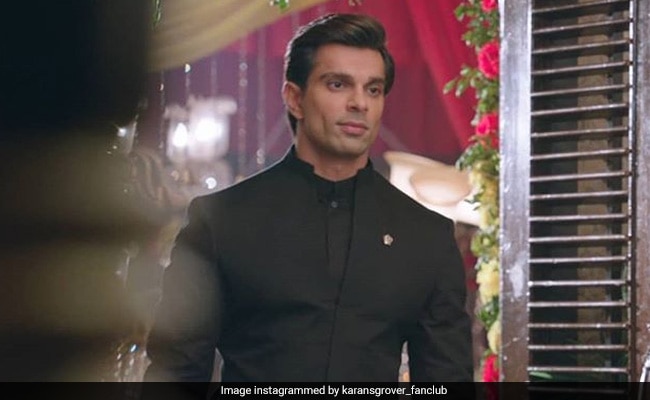 Karan Singh Grover joined the cast of Ekta Kapoor's reboot of Kasautii Zindagii Kay as Rishab Bajaj, a character immortalised on the small screen by Ronit Roy in the 2000s but for now, his journey on the show has come to an end - or a halt, as the actor told the Times of India. As of now, Rishab Bajaj is exiting from the lives of protagonists Prerna (Erica Fernandes) and Anurag (Parth Samthaan) but Karan Singh Grover says that he'll be 'back before you know it.' He said, "As the story takes its natural course, the role of Mr Rishab Bajaj has come to an end. However, I want you all to know this is an au revoir rather than a farewell."

"I thank the writers for crafting the character of a corporate bad*** so well. As an actor, it gave me so much to experiment with. I can go on and on reminiscing about the fun I had while shooting with amazingly talented people... Au revoir! I'll be back before you know it... It has been an absolute pleasure to be a part of Ekta's remarkable vision," Karan Singh Grover added.

As of now, Mr Bajaj has decided to get out of Prerna and Anurag's lives reuniting the soulmates. However, a former enemy Komolika is all set to return to their lives. Komolika, now played by Aamna Sharif, recovers after deadly accident and she is all set to re-enter Anurag's life. Earlier, Komolika's character was portrayed by Hina Khan.