Kailash Kher On #MeToo Allegations: Accusing Without Formal Complaint Is Not Authentic 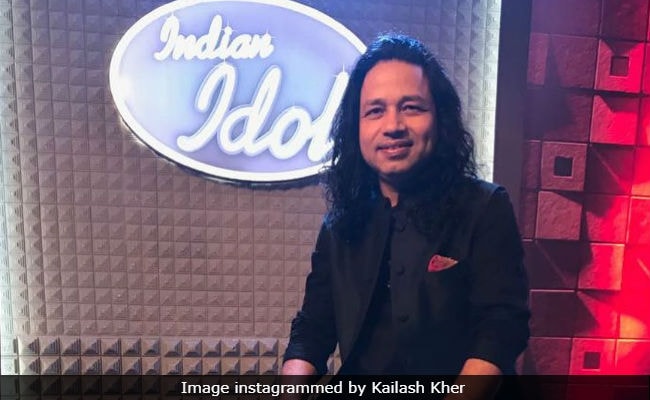 Kailash Kher on the sets of a reality show. (Image courtesy: Instagram)

Singer Kailash Kher, who has been accused by multiple women of sexual harassment, says that in his view, if a person is not making a formal complaint and just continues to accuse, it is not authentic. Kailash Kher was interacting with the media at the music launch of Marathi film Dokyala Shot along with Riteish Deshmukh and Abhijit Panse. A few months ago, singer Sona Mahapatra had shared her alleged unsavoury experience with Kailash Kher, and after that, at least four other women raised allegations against the Teri Deewani singer.

Sona, in an interview, has said she will not lodge a police complaint against Kailash Kher, but she will make sure he doesn't repeat his alleged act in future.

Reacting to this, Kailash Kher said: "Everyone has their own thinking. If I accuse someone only by taking that individual's name over and over again then, nothing will come out of it. If you will take legal recourse against that person, then it becomes another matter altogether."

"If I tell you that I will not make a complaint against that individual, but still I will accuse him of doing certain criminal activity, then I feel it's not an authentic complaint," he added.

Does he feel Sona's allegations are baseless?

Kailash Kher said: "No. I will not decide what is right and what is wrong. I have never accused someone. I am living my life. We are simple human beings and we focus on creating music."

On his upcoming projects, Kailash Kher said: "We are now doing live concert of Kailasa all over India and the world. Along with that, we are working on our new album. It is named as Tham Ja."

Kailash Kher has sung a song in Dokyala Shot.

"Earlier, I have sung many Marathi songs and it will be my 20th Marathi song with this film. I have sung songs in 25 languages and I have come at this event after singing a Tamil song for Ilaiyaraaja sir," he said.