This Is How Sanjana Sanghi Jazzes Up Her Workout Sessions

In a video, posted on Instagram, the actress can be seen joyously grooving to the song Buttons by The Pussycat Dolls. 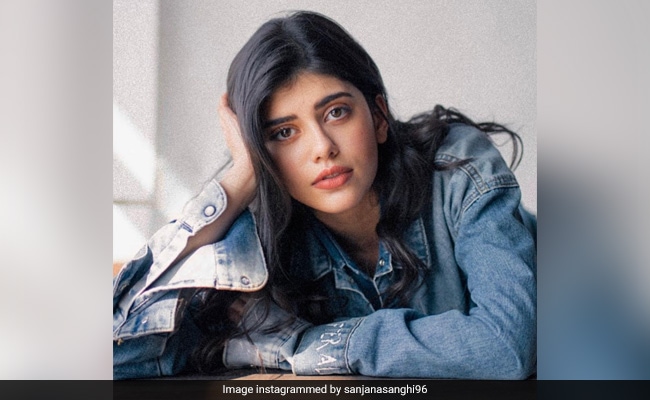 If you are a fitness enthusiast, you'd probably agree that doing the same workout every day can sometimes get a little boring. The cycle of going from one exercise to the next might get a tad monotonous for many of us. But there is no denying the innumerable benefits that come from a good workout session. The sweet release of endorphins, the feeling of getting stronger, and the joy of getting closer to realising your fitness goals are unmatched. However, there are days when we are left feeling slightly lazy and lethargic. On such days, just do what actress Sanjana Sanghi does: dance it out. In a video, posted on Instagram, the Dil Bechara actress can be seen joyously grooving to the song Buttons by The Pussycat Dolls. She is looking chic as ever in her workout clothes. You have to agree, the girl has got some moves up her sleeve.

In the caption, Sanjana wrote, “Here's a poorly shot pixelated video of me randomly breaking out into some dancing midway through a workout because the nostalgia this song brought just hit way too hard. Buttons by the PussyCat Dolls. Remember? Circa 2005. What a vibe. A small little 9-year-old me was just starting off on what became a 12 year long, truly life-changing dancing journey. I remember this was one of the first songs I'd ever danced to.”  Take a look at the fun video here:

Sanjana Sanghi is a fitness enthusiast and often posts fun pictures from her workout sessions on the social media platform. One such video was of her doing pranayama in the morning while getting adorably distracted. Or should we say ‘paw'dorably distracted? In the caption, the actress wrote, “ Here's to pranayama mornings starting off just right. But the ending is even better. If we thought Simba plays hard to get, doggo Snoop's a whole league ahead.” She was referring to her two pet dogs Simba and Snoop.

Didn't we say Sanjana Sanghi is a fitness enthusiast par excellence? The talented actress does a whole range of workouts. From yoga to pilates to kickboxing, she does it all to stay fit. And we are in awe of the 24-year-old's dedication. In a video, she can be seen practicing aerial yoga and jumping on a trampoline. “Monkeying around. Some aerial yoga, trampoline cardio, pilates, with a dash of jumping, kicking, dancing always. Life's about holy mixtures,” she wrote in the caption.

Sanjana Sanghi made her Bollywood debut opposite late actor Sushant Singh Rajput in the movie Dil Bechara last year and received a lot of love and appreciation for her role in the film. She will next be seen in Om: The Battle Within directed by Kapil Verma opposite Aditya Roy Kapoor.

Which Is Your Favourite Of Mira Rajput's Many Looks In Her Post? We Love Them All