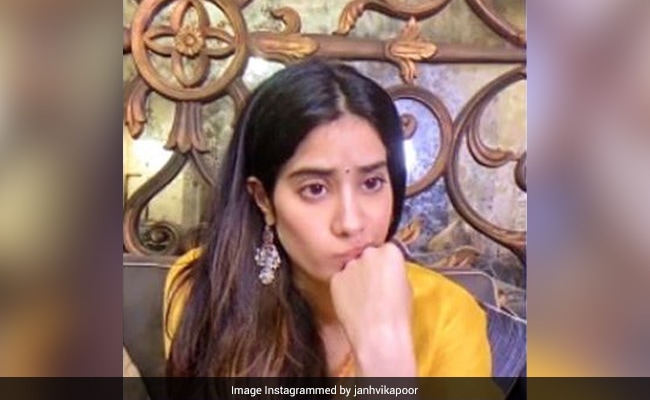 Janhvi Kapoor, who awaits the release of her upcoming film Gunjan Saxena: The Kargil Girl, shared a collage featuring multiple pictures of herself, on Instagram. Janhvi, dressed in a yellow kurta, can be seen be seen posing in a different manner in each picture. She captioned the post: "Many moods of digital promotions." In Gunjan Saxena: The Kargil Girl stars Janhvi Kapoor as the titular Flight Lieutenant Gunjan Saxena, who, along with Flight Lieutenant Srividya Rajan, were India's first women combat aviators to operate in the Kargil war zone on tiny IAF Cheetah helicopters.

Many mooods of digital promotions

A few days ago, Janhvi shared a video with Gunjan Saxena on her Instagram profile and she wrote: "The most exciting, motivating and inspiring journey - discovering Gunjan Saxena." Check out the video here:

Gunjan Saxena: The Kargil Girl, which will release on Netflix on August 12, has been directed by Sharan Sharma, who has also co-written the script with Nikhil Mehrotra. The film has been produced by Karan Johar's Dharma Productions. The makers of the film, described Gunjan Saxena: The Kargil Girl as "an inspiring true story of a simple girl with big dreams who stood her ground to rule the skies."