"We are shooting a music video yaar...slow motion video,' Irrfan Khan can be heard saying in the clip 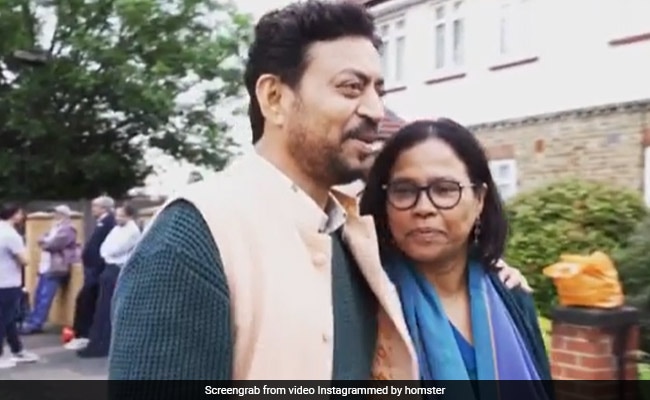 Our Thursday couldn't get any better as we chanced upon a throwback video of late actor Irrfan Khan singing a melodious track with his wife Sutapa Sikdar on the sets of his last film Angrezi Medium. The film's director Homi Adajania shared the heart-warming video on social media on Thursday. In the clip, Irrfan Khan, sporting a traditional outfit, can be seen singing the song Mera Saaya Saath Hoga from the 1966 film Mera Saaya while shooting the film in London. Irrfan then asks his wife about correct lyrics: "Mera Saaya ki Tera Saaya?" Towards the end of the clip, when Homi Adajania asks the actor and his wife, "What's going on?" Irrfan Khan replies: "We are shooting a music video yaar...slow motion video." Sutapa can be heard adding, "We are waiting for Gopi (Deepak Dobriyal's character in the film).

Irrfan Khan died in a Mumbai hospital on April 29 at the age of 53 after a long battle with a cancerous tumour. He starred in several acclaimed films at home and internationally in a 30-year career. These include The Namesake, The Lunchbox, Maqbool, Haider, Life Of Pi, Talvar, Piku and others.