"My body has also changed so much in general," wrote Ira Khan 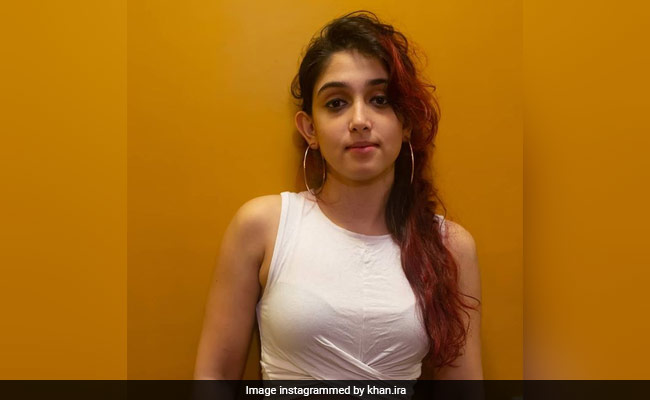 Ira Khan, in her latest Instagram story, revealed that she received a sex education book from her mom and film producer Reena Dutta when she hit puberty. Tagging Agatsu Foundation in her Instagram story, Ira Khan wrote in her caption: "I don't think I've ever looked at myself entirely before. My mom gave me a sexual education book when I hit puberty and it had asked me to look at myself in a mirror, but I didn't get around to doing it. My body has also changed so much in general. Have a long way to go." She added in her caption: "Be curious." 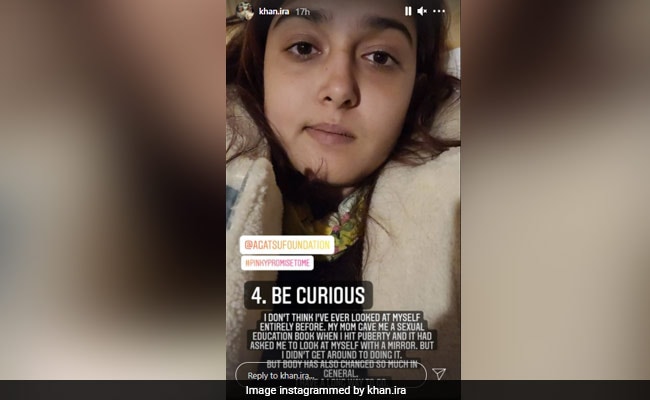 Ira Khan, in one of her previous Instagram entries had revealed that she was "sexually abused" at the age of 14 and that it was after communicating with her parents Aamir Khan and Reena Dutta that helped her get her out of the horrific situation that she was engulfed in. "It took me about a year to be sure that they knew what they were doing and that's what they were doing. I immediately wrote my parents an email and got myself out of that situation," Ira Khan said.

In terms of work, Ira made her directorial debut with a theatrical adaptation of Euripides' Medea, which featured Hazel Keech in the titular role. It premiered in different cities across India in December 2019. Ira has studied music, while her brother Junaid often assists father Aamir Khan in filmmaking. Ira is the younger of Aamir Khan's two children with his first wife Reena Dutta. Aamir Khan, who was married to filmmaker Kiran Rao for 15 years, announced divorce earlier this month. They will continue to co-parent son Azad.