"What are these strange movements," Ira Khan said as she shared a video of her boyfriend Nupur Shikhare exercising at home 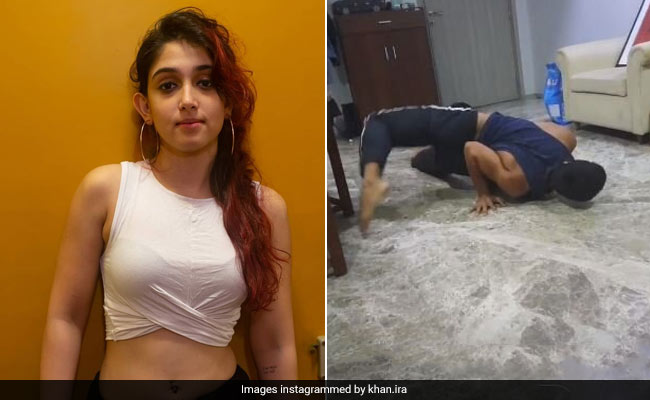 Aamir Khan's daughter Ira Khan has always been transparent about her life, be it her mental health journey or her relationship status. Ira, who is currently spending lockdown with her boyfriend Nupur Shikhare often shares fun videos and photos of her everyday life on Instagram. On Wednesday, she decided to have some fun at the expense of Nupur while he was busy exercising. Sharing a video of him pulling off a complex move, she asked, "What are these strange movements?" Confessing that she loved meddling with Nupur while he was working out, she shared another video and wrote, "Love distracting him." Nupur, who then takes a break from exercising, can be seen smiling and asking Ira to refrain from taking the video. 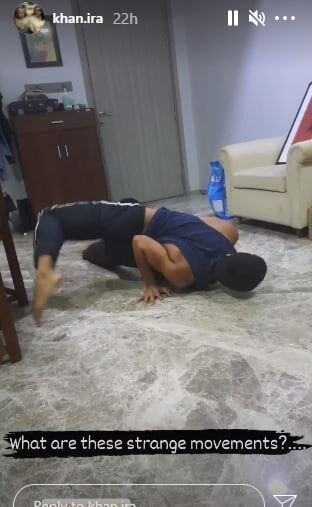 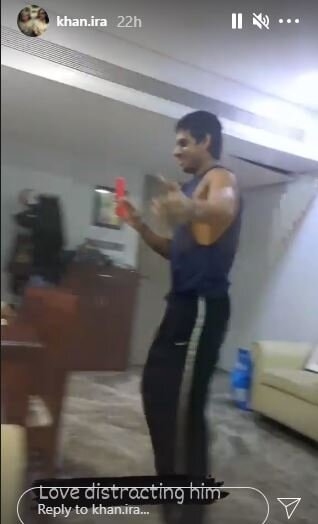 Nupur reshared the video later and wrote, "Ira got her (eyes) on me," with a heart emoji. Nupur is a fitness trainer. 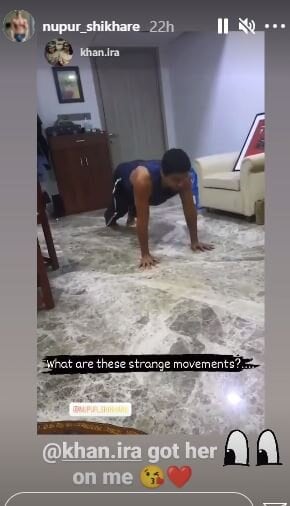 Recently, the 24-year-old also shared a video of the two kick-boxing. Ira who struggles with the workout routine is seen falling into Nupur's arms by the end of the clip. Along with the cute video, she wrote, "Kick-boxing is clearly not my thing. What are my arms even doing?! Also... dropping Popeye is clearly not my thing either," tagging Nupur, who Ira calls Popeye.

At the beginning of the lockdown in Maharashtra, this year, Ira had shared a mushy image of the two with the caption, "Ready for lockdown," adding a red heart emoji. Nupur, too, shared the same picture on his Instagram account. They made their relationship official this year in February with a bunch of happy photos. Ira wrote, "It's an honour to make promises with and to you."

Take a look at some of the other glimpses of the happy couple.

Ira is Aamir Khan's second child with his first wife Reena Dutta. Ira, who studied music, made her directorial debut in 2019 with a theatrical adaptation of Euripides' Medea. Aamir Khan is now married to filmmaker Kiran Rao and the couple are parents to a son named Azad.