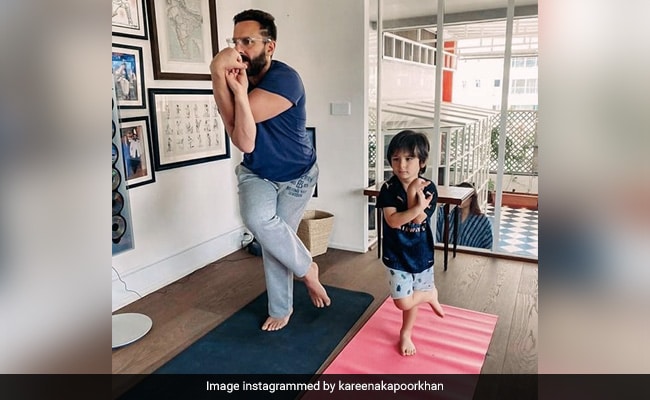 Kareena Kapoor is not the only yoga enthusiast in the family - count her husband Saif Ali Khan and their elder son Taimur also in. The 40-year-old actress marked International Yoga Day with a bunch of posts and one among them features Saif and Taimur. The father-son duo can be seen practicing yoga in the photos shared by Kareena - Taimur, all of four, clearly steals the show. "Following suit for International Yoga Day is the husband and the son... we're always inspiring each other because inspiration starts at home," Kareena captioned her post. Kareena's new album was flooded by comments from her sister Karisma Kapoor and cousin Riddhima Kapoor Sahni, who reacted with red hearts.

Kareena Kapoor's post also has a glimpse of the stunning interiors of her new home. Saif Ali Khan and Kareena Kapoor welcomed their second child - a baby son - in February. Ahead of the baby's birth, the couple had shifted to a new apartment in Bandra.

Meanwhile, Here's the "inspiration" Kareena was talking about - just like any other day, Kareena did some serious yoga on Yoga Day as well: "For me, my yoga journey began in 2006 when I signed Tashan and Jab We Met... an incredible one... which kept me fit and strong. Now after two babies and four months postpartum... this time I was just exhausted and in too much pain to get back but today I'm slowly and steadily getting back at it. My yoga time is my me time... and of course, consistency is key... so, keep at it people," she wrote.

Earlier, Kareena wrote "free your mind," in an Instagram story: 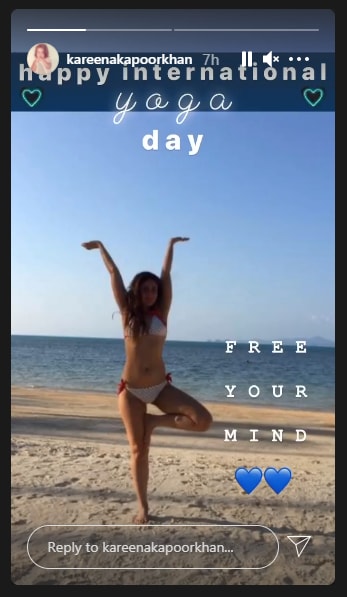 In terms of work, Kareena was last seen in 2020 movie Angrezi Medium, in which she co-starred with Irrfan Khan. Kareena will next be seen opposite Aamir Khan in Laal Singh Chaddha, the shooting of which she wrapped in her early pregnancy months. Kareena also has Karan Johar's much awaited period piece Takht in her line-up.