"Congratulations to the most amazing cast and crew ever," wrote Sushmita Sen 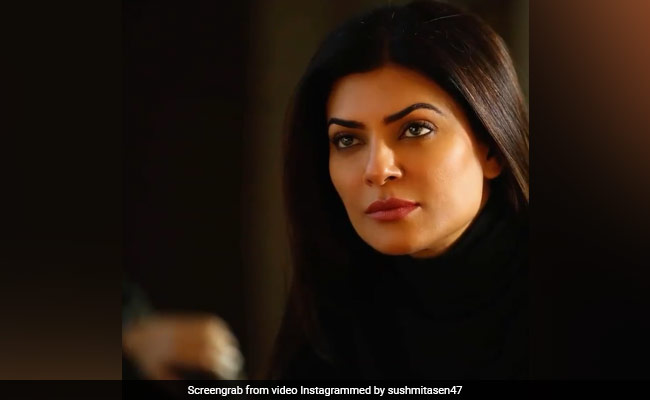 Sushmita Sen's show Aarya has been nominated in the Best Drama Series category at this year's International Emmys and the actress can't keep calm. An excited Sushmita Sen posted the list of this year's nominees on her Instagram profile and she wrote an extensive note along with it. Sushmita Sen wrote: "OMG! Aarya is nominated for Best Drama Series at the International Emmy Awards 2021. Was busy dubbing for Aarya 2... Just got the news! Yipppee." The actress sent a thank you note to the cast of the show and added, "Congratulations to the most amazing cast and crew ever."

She added in her post, "To see India on this list, fills my heart! Thank you wonderful people... Your love and appreciation for Aarya is the very soul of this celebration! This Team truly deserves it." She congratulated her fellow nominees and wrote: "Congratulations to Nawazuddin Siddiqui and Vir Das for their respective nominations and for adding to India's pride. I love you guys."

In Aarya, Sushmita Sen also co-starred with Chandrachur Singh, Sikander Kher, Vikas Kumar, Jayant Kripalani among others. Aarya marked Sushmita Sen's comeback after five years. It showcases Sushmita Sen's journey from a doting mother to a fighter, after her husband is shot dead in broad daylight.