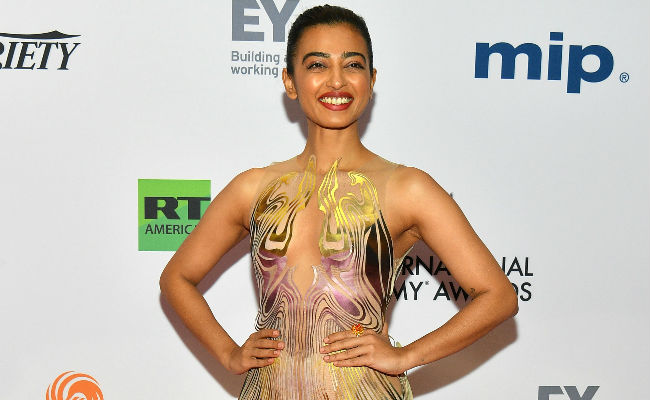 Radhika Apte, nominated for Best Actress for her role in Lust Stories (the award went to actress Marina Gera for Eternal Winter) at the International Emmy Awards in New York, made a fabulous appearance on the red carpet. The 34-year-old actress opted for a lazercut Iris van Herpen dress which she wore with minimal accessories. Radhika tied her hair in a sleek back bun and finished out her look with a dash of red. Apart from Radhika, team Lust Stories, including directors Karan Johar, Anurag Kashyap, Zoya Akhtar and Dibakar Banerjee, also walked the red carpet on Monday night (which is early Tuesday morning in India). The Best TV Movie/Mini-Series award, which Lust Stories was nominated for, eventually went to Safe Harbour. 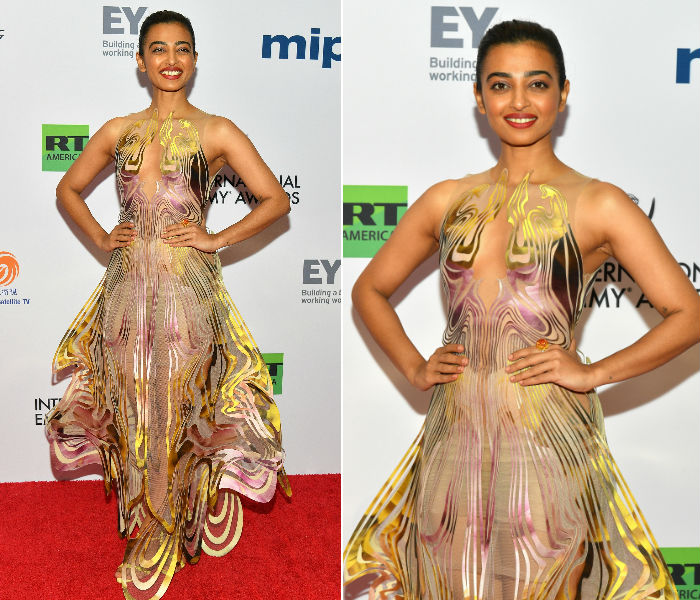 Radhika also joined team Sacred Games, which was nominated for the Best Drama Series (the award went to McMafia), on the red carpet. Radhika featured in a prominent role in the first season of the show, which was headlined by Nawazuddin Siddiqui and Saif Ali Khan. Sacred Games actress Kubbra Sait also posed with the team, which included directors Anurag Kashyap and Vikramaditya Motwane.

Here's a glimpse of team Sacred Games on the International Emmys red carpet: 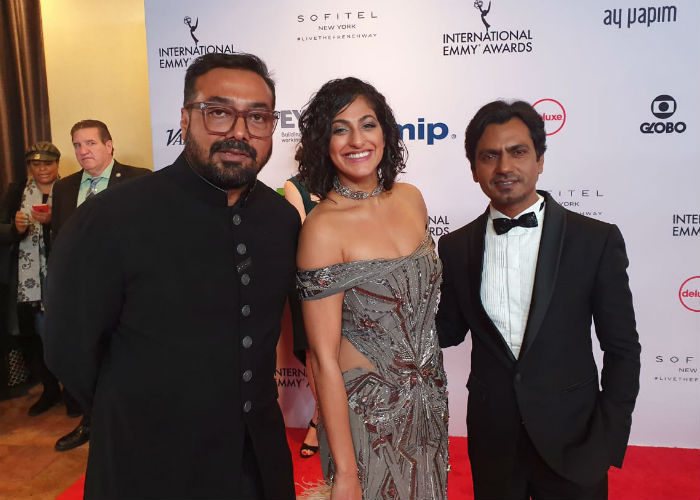 Kubbra Sait with Nawazuddin Siddiqui and Anurag Kashyap at the International Emmys in New York.

Sadhana Subramaniam's Witness: India's Forbidden Love was also up for Best Documentary (the award went to Bellingcat - Truth In A Post-Truth World). The Remix was in the running for the Best Non-Scripted Entertainment prize, which went to The Real Full Monty: Ladies' Night.

Non-Scripted Entertainment #iemmyNOM for "The Remix - India" arrive on the red carpet - #India@gme_greymatter@mediawalla#iemmyspic.twitter.com/bv7HPfSoYa 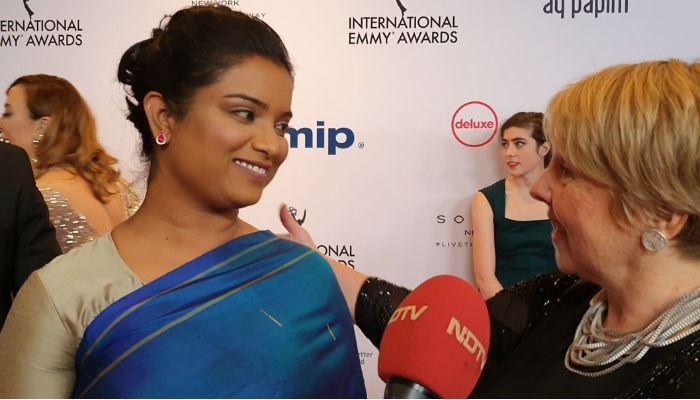 Sadhana Subramaniam at the International Emmys in New York.

This was the 47th edition of the International Emmy Awards.