Kareena Kapoor and Aamir Khan were last seen together in Talaash 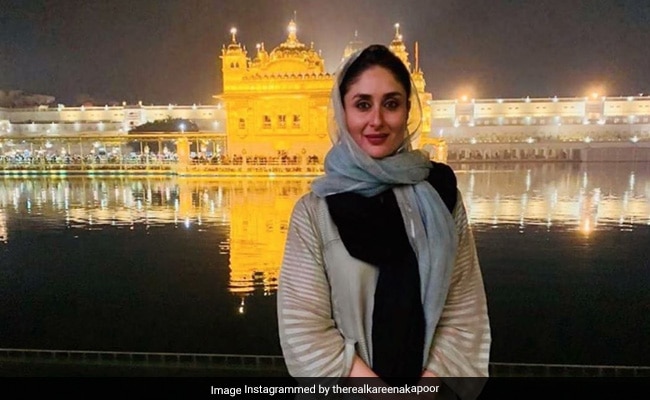 After Aamir Khan, Laal Singh Chaddha actress Kareena Kapoor checked into Amritsar, where the film is being shot. During her Amritsar visit, Kareena visited the Golden Temple, pictures from which are going insanely viral on social media. Sever fan clubs dedicated to the actress on Instagram (there are so many), shared the pictures from her visit to the temple. In the picture, the 39-year-old actress can be seen dressed in a grey salwar-kurta set. She covered her head with a dual-toned sheer dupatta and looked absolutely stunning. Kareena went for minimal make-up and kohl-rimmed eyes.

Check out the pictures from Kareena Kapoor's Amritsar visit here:

Over the weekend, Kareena's Laal Singh Chaddha co-star Aamir Khan was photographed at the Golden Temple. Pictures from the actor's visit went crazy viral on Instagram. ICYMI, take a look at the pictures here:

Laal Singh Chaddha will be Aamir and Kareena's third project together. The duo have earlier worked together in films like 3 Idiots and Talaash. The film will be a remake of Tom Hank's 1994 classic Forrest Gump, which was based on the 1986 novel of the same name by Winston Groom. Laal Singh Chaddha is scheduled to release on Christmas, 2020.