Inside Disha Patani's Birthday Celebrations With Tiger And Krishna Shroff

The happy pictures from the festivities say it all 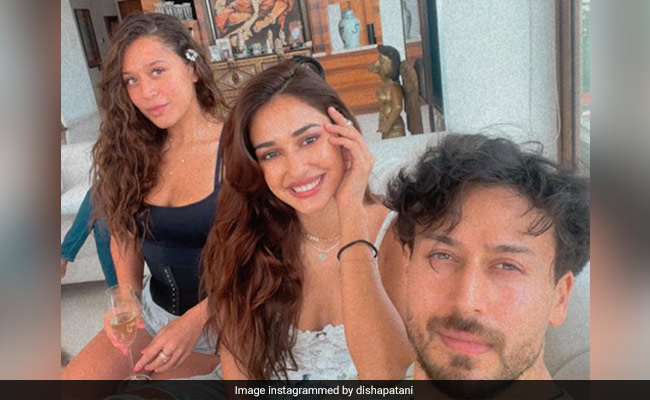 Disha Patani's 28th birthday celebrations were all things nice. The actress celebrated her special day with rumoured boyfriend Tiger Shroff and his sister Krishna Shroff. On her Instagram profile, Disha shared pictures from the low-key celebrations and seems like the trio had a lot of fun. For her special day, Disha picked a white lace top, which she paired with blue denims. In the comments section, Krishna Shroff, who happens to be a good friend of Disha, wrote: "Love you! 28's a good year." On Disha's birthday, Tiger posted a video with her, in which the two could be seen dancing. "Happy birthday villain," he wrote, referring to her upcoming project Ek Villain 2.

Meanwhile, here's how Tiger Shroff's family members wished Disha Patani. His sister Krishna posted a couple of pictures and she wrote: "Happy day to you, Disha Patani." The actress replied: "Thank you Kishu."

Tiger's mom and film producer Ayesha Shroff wrote: "Happy birthday Deeeeeshu! Everyone sees the glamorous you but I love this side the most." Disha Patani loved Ayesha Shroff's greeting and she wrote in the comments: "Awwww! Love you so much aunty. You're the best."