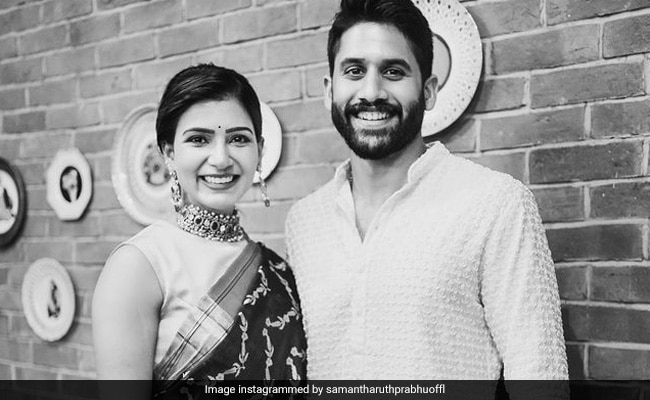 Samantha and Naga Chaitanya in an adorable pic (courtesy samantharuthprabhuoffl)

Here's the Twitter conversation that went down between Samantha Ruth Prabhu and Naga Chaitanya recently:

WINNER!!
All the very best to the team @Sai_Pallavi92 .. #LoveStoryTrailerhttps://t.co/nt9rzTc3lY

Earlier in July, Samantha Ruth Prabhu changed her name on her social media accounts, which no longer read her full name - it's been changed from Samantha Akkineni to simply the first letter in her name "S." This put her on the list of trends, followed by speculation about her relationship status with Naga Chaitanya.

However, in an interview with Film Companion, Samantha said she does not feel the need for clarification about a personal decision. "The thing is, even with trolling for The Family Man or this, I don't react to them. That is how I have always been. I don't react to this kind of noise and I don't intend on doing so as well." After starring in The Family Man 2, Samantha was trolled for playing the role of a Sri Lankan Tamil liberation rebel.

In terms of work, Samantha Ruth Prabhu will next be seen in Kaathuvaakula Rendu Kaadhal and Shaakuntalam. Naga Chaitanya's Love Story releases in September.

Another Day, Another Post From Sara Ali Khan's Maldives Diaries