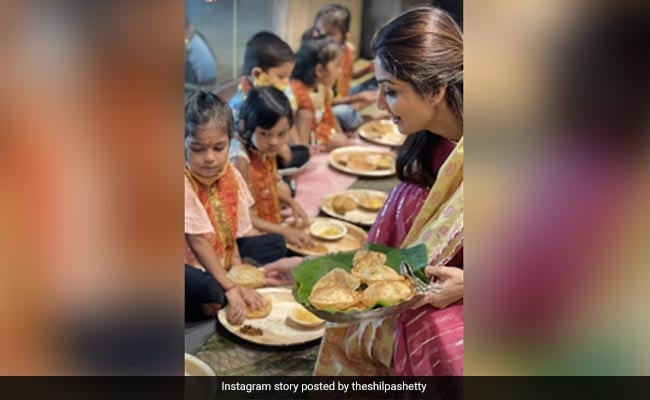 Shilpa Shetty has actively been sharing pictures and videos from her Navratri celebrations at home. The actress, after posting a video with her kids, shared glimpses from Kanjak puja on her Instagram stories on Wednesday. In one of the pictures, the actress can be seen smiling as she poses with the kids she invited for the festivities. For the festive occasion, Shilpa Shetty picked a traditional pink outfit and she looked pretty as ever. She wrote "Happy Kanjak puja" and "Jai Mata Di" in her caption. A few days ago, she had posted a video from the puja at home, in which she and her daughter Samisha, son Viaan could be seen dressed in colour-coordinated outfits. 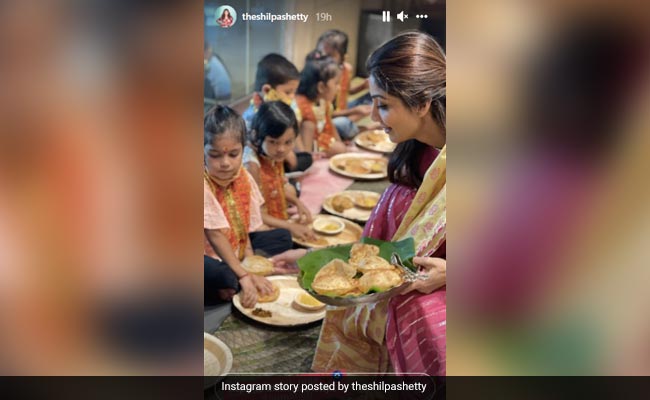 This is what Shilpa Shetty posted earlier:

On the work front, Shilpa Shetty was last seen in Hungama 2, co-starring Paresh Rawal, Meezaan Jaaferi and Pranitha Subhash. The film released on Disney+Hotstar. She was also seen as one of the judges on the TV reality show Super Dancer Chapter 4, alongside choreographer Geeta Kapoor and filmmaker Anurag Basu. The actress will next be seen in Sabbir Khan's upcoming film Nikamma.