Here's How Shatrughan Sinha Wished Daughter Sonakshi On Her Birthday

"May she always be positive and abundantly blessed," tweeted Shatrughan Sinha 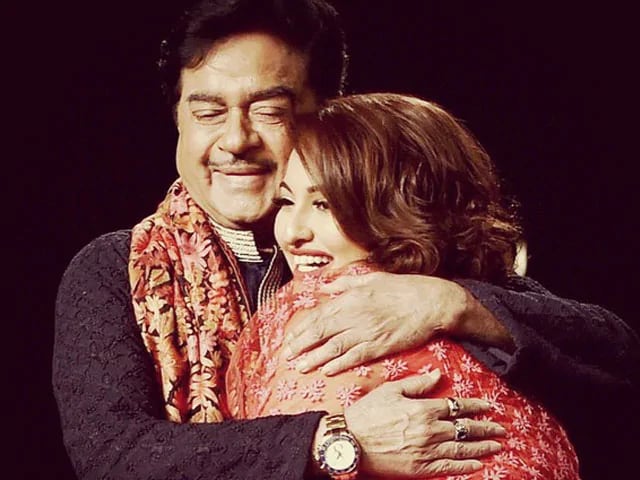 Happy Birthday, Sonakshi Sinha! As the actress celebrates his 33rd birthday on Tuesday, her closest friends, colleagues, fans and family posted on the social media, expressing their love and shared some of the cutest messages for her. Sonakshi's father and Bollywood veteran Shatrughan Sinha wrote an extensive note on Twitter to wish his daughter on her birthday. He tweeted, "This week is very special for my family, as we have a lot to thank for during this lockdown period. The family got to really spend some good quality time together. Today we all celebrate our darling Sona's birthday. May she always be positive and abundantly blessed." In a separate post, Shatrughan Sinha added, "In the next few days, celebrations will be in order again as we will ring in the birthdays of my twin sons Luv and Kussh Sinha. Truly happy moments to cherish and enjoy." He added the hashtag #BirthdayCelebrationsAtHome.

Responding to her father Shatrughan Sinha's tweet, Sonakshi wrote: "Thank you, papa" and added a heart emoji. Check out her tweet here:

Sonakshi Sinha stepped into Bollywood with the 2010 film Dabangg, opposite Salman Khan. She has starred in several super hit as well as some critically acclaimed films like Rowdy Rathore, Son Of Sardaar, Dabangg 2, Holiday: A Soldier Is Never Off Duty, Lootera, Once Upon A Time In Mumbai Dobaara, R... Rajkumar, Action Jackson, Kalank and Mission Mangal among others. Sonakshi's last theatrical release was Dabangg 3, co-starring Salman Khan. Sonakshi's upcoming project is Bhuj: The Pride Of India, starring Ajay Devgn in the lead role.