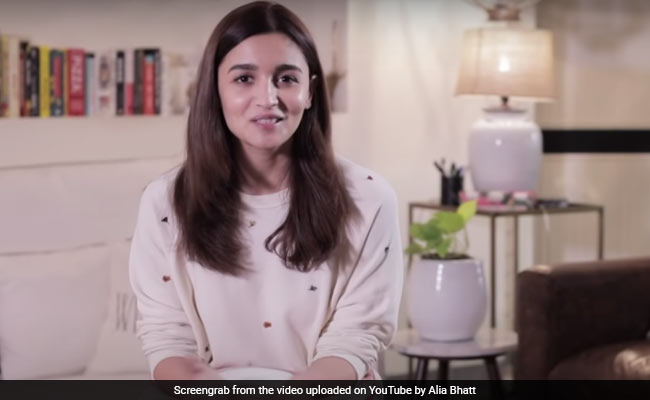 Alia Bhatt has already given her fans a sneak peek of her swanky apartment in Mumbai and her luxurious vanity van (which she describes as her "home on wheels"), designed by Gauri Khan. But have you seen her new working space? If not, we are here to help. For her new workplace, Alia Bhatt has reportedly collaborated with Rupin Suchak, the art director of her 2016 film Dear Zindagi. We chanced upon Alia's new workplace pictures, shared by a few fan pages dedicated to the actress on Instagram. The Raazi actress' new workplace has a contemporary feel to it. Also, there's a spot called "Eternal Sunshine." We don't know about Sheldon Cooper but that surely looks like one spot we would fight for.

Also, is it just us or the backdrop of the picture, in which Alia read a chapter from Harry Potter And The Philosopher's Stone, looks pretty similar to her new office. Check out the post here:

Last year, in one of her vlog entries, Alia described how she went about designing her house with the help of her sister Shaheen Bhatt and her interior decorator. "Moving into my house was a very, very special experience because it was the first time I was moving away from my home into my new house. The whole process took about two years doing the up and all," she said in the video.

Alia Bhatt was last seen in the period drama Kalank. The actress' upcoming projects include Ayan Mukerji's fantasy trilogy Brahmastra, co-starring Ranbir Kapoor and Amitabh Bachchan, SS Rajamouli's RRR and Mahesh Bhatt's Sadak 2. She will also be seen in Gangubai Kathiawadi, which will be directed by Sanjay Leela Bhansali.