"He Is Borderline OCD About Touching Anything With His Fingers": Kajol Reveals A "Secret" About Ajay Devgn

"According to him, it's because he just can't get the smell out of his fingers. Whatever that means!" said Kajol about Ajays OCD 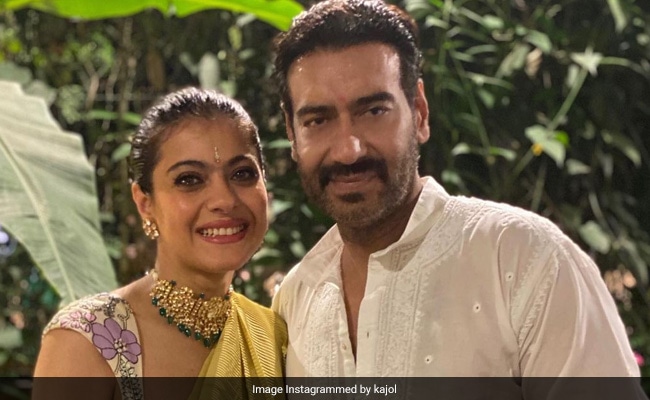 Did you know that Ajay Devgn has OCD (Obsessive-Compulsive Disorder)? It is one of the "few secrets" about the actor that his wife, actress Kajol, revealed recently in a segment for Into The Wild With Bear Grylls. Ajay Devgn, who is best-known for his action films, will feature in an Into The Wild episode with Bear Grylls that will air on Discovery+ tomorrow. Talking about some unknown facts about the 52-year-old actor, Kajol said that he is a "fabulous cook" and also that he is "borderline OCD about touching anything with his fingers" because as per the actor, he just "can't get the smell out of his fingers."

"Let me start by saying that there are a few secrets that not everybody may know about Ajay. One of them being that he is a fabulous cook. And number two is that he is borderline OCD about touching anything with his fingers," Kajol said in a statement and added: "According to him, it's because he just can't get the smell out of his fingers. Whatever that means!"

In his special episode for Into The Wild, Ajay Devgn will be seen navigating through the high seas with Bear Grylls and exploring a remote island surrounded by sharks and other hazards in the Indian ocean.

Ajay Devgn and Kajol first met on the sets of 1995 film Hulchul and got married in February in 1999. Kajol and Ajay have featured together in Gundaraj, Ishq, Dil Kya Kare, Raju Chacha, Pyaar Toh Hona Hi Tha and Tanhaji: The Unsung Warrior.