"He Has Gone Through A Lot": Kareena Kapoor Says About Working With Aamir Khan In Laal Singh Chaddha 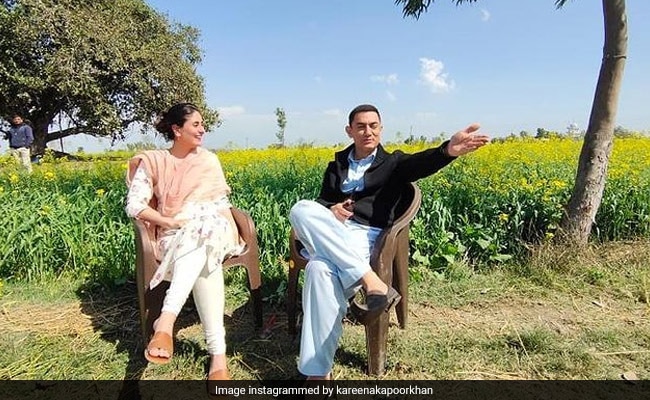 Kareena Kapoor, who has collaborated again with her 3 Idiots and Talaash co-star Aamir Khan for Laal Singh Chadha, has said that the actor has "gone through a lot" while shooting for the film in the past two years. Kareena and Aamir first co-starred in 3 Idiots and three years later, in Talaash. Talking about her experience of working with Aamir Khan once again in Laal Singh Chaddha, Kareena Kapoor, who was pregnant with her second child while filming the official Hindi remake of Tom Hanks' blockbuster Forrest Gump, told news agency PTI: "I'm extremely excited as Aamir and I are coming together after '3 Idiots' and 'Talaash'. It's very special and we have worked very hard. Especially Aamir, he has gone through a lot. It's a brilliant script and I'm hoping it will come on the screen the same way and everyone is going to like it."

Laal Singh Chaddha is directed by Advait Chandan, who has worked with Aamir Khan in the 2017 musical drama Secret Superstar. The team wrapped the film last month. Weeks before completing the shooting schedule of Laal Singh Chaddha, which is being co-produced by Kiran Rao, Aamir Khan and Kiran issued a joint statement announcing their separation. They have a son named Azad, who is nine years old.

Kareena Kapoor filmed Laal Singh Chaddhawhen she was five months pregnant with her second baby Jeh, who was born in February this year. Talking about how it felt to step out and work while being pregnant during the COVID crisis, Kareena Kapoor told the news agency: "We finished my portions during the Covid wave in Delhi. That was the first time I went on a set amid the pandemic and we followed all the protocols. It gave me the confidence that I can actually do really well when shooting films with fewer people."

Laal Singh Chaddha will release on Valentine's Day next year.