"Have Never Been On A Date": The Girl On The Train Star Parineeti Chopra

Parineeti Chopra also revealed the name of her childhood crush 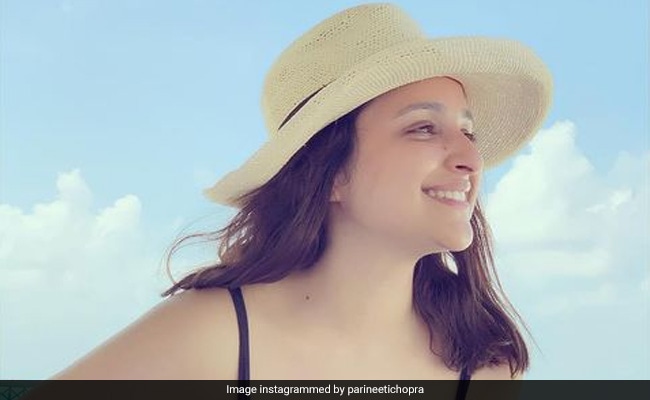 Parineeti Chopra, who recently featured in the Hindi remake of The Girl On The Train, was her candid self in a video that she did with streaming giant Netflix India, on which her film released. In the video, the actress shared her secrets about her personal life. For starters, she revealed that she has "never been on a date." In a video shared by Netflix India's official Instagram page, titled 'Do You Remember?' the actress said, "I have never been on a date. Like, I am not into clichéd dates. It's like, 'Come home, we will chill, watch TV and order food.' Very casual." She also revealed that her first kiss was at the age of 18. When asked about the name of her childhood crush, the actress said, "Saif Ali Khan."

The Girl On The Train, streaming on Netflix, is a Bollywood remake of the English version that starred Emily Blunt in the lead role. The Hollywood film was an adaptation of Paula Hawkins' 2015 bestseller of the same name. The Bollywood version has been directed by Ribhu Dasgupta. The film, also starring Aditi Rao Hydari and Kirti Kulhari, showcases the life of Mira Kapoor, an alcoholic, who suffers from amnesia. The story is centered around murder, obsession, jealousy and high-octane thrill.

Parineeti Chopra has several projects in the line-up, which include Sandeep Aur Pinky Faraar and the Saina Nehwal biopic. The actress, who made her Bollywood debut with the 2011 film Ladies vs Ricky Bahl, is best-known for her performances in films such as Golmaal Again, Hasee Toh Phasee, Ishaqzaade and Kill Dill among others.

Parineeti ChopraThe Girl On The Train