"Grateful You Were Born," Writes Priyanka Chopra In Her Birthday Wish For "Love" Nick Jonas

The singer-actor turned 28 on Wednesday 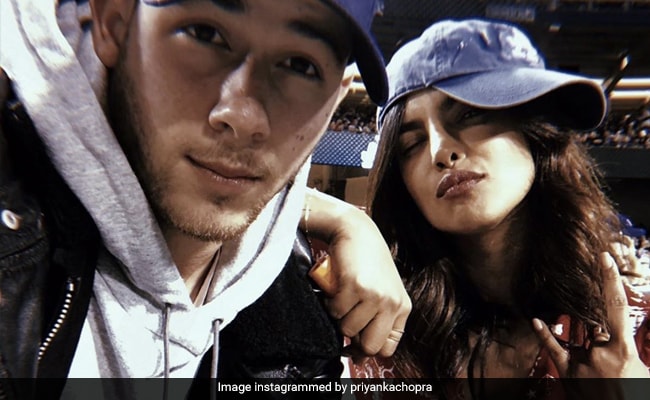 Happy birthday, Nick Jonas! The singer-actor turned 28 on Wednesday and needless to say, the sweetest birthday wish came from his wife, actress Priyanka Chopra. Priyanka, 38, made a special present for her "love" in the form of a video collage comprising memorable moments of the herself and the singer - some from his concert while others from their dates and holidays. The clip also shows snippets from Nick Jonas' show The X Factor. Sharing the video on Instagram, Priyanka Chopra, who is currently living with the singer in California, wished him like this: "So grateful you were born. Happy birthday, my love."

So grateful you were born. Happy birthday my love. @nickjonas

Priyanka Chopra married Nick Jonas in a Christian and a Hindu ceremony in Jodhpur's Umaid Bhawan Palace on December 1 and 2 in 2018.

Recently, the actress posted a loved-up picture of herself and Nick Jonas and called him her "forever guy." Here's the post we are talking about:

My forever guy...so grateful for you @nickjonas

Earlier this year, on Priyanka Chopra's birthday, Nick Jonas posted a beautiful picture of themselves and wrote: "I could stare into your eyes forever. I love you, baby. You are the most thoughtful, caring and wonderful person I have ever met."

I could stare into your eyes forever. I love you baby. You are the most thoughtful, caring and wonderful person I have ever met. I am so grateful we found one another. Happy birthday beautiful.

In terms of work, Priyanka Chopra, who is a global icon, was last seen in The Sky Is Pink, in which she co-starred with Farhan Akhtar, Zaira Wasim and Rohit Saraf. She has Netflix's superhero film We Can Be Heroes and a film with actress-comedian Mindy Kaling lined-up. Priyanka will also be seen in Netflix film The White Tiger and Amazon's series titled Citadel.