"Sometimes you come across stories so inspiring that you just want to make them," Akshay Kumar wrote while sharing the first posters of Gorkha 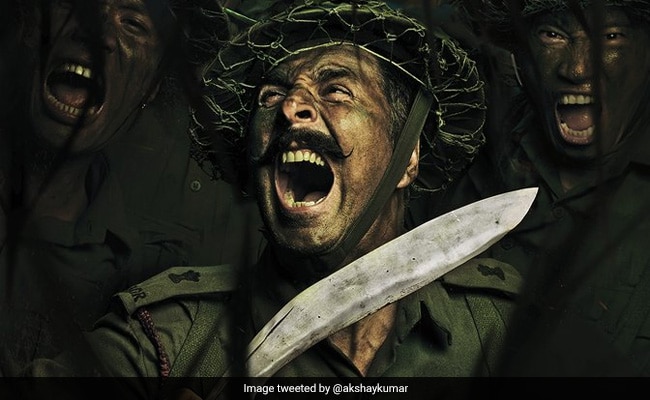 Gorkha will be directed by Sanjay Puran Singh Chauhan and produced by Aanand L Rai and Himanshu Sharma. Here's what Akshay Kumar tweeted on Friday:

Sometimes you come across stories so inspiring that you just want to make them. #Gorkha - on the life of legendary war hero, Major General Ian Cardozo is one such film. Honoured to essay the role of an icon and present this special film.

Aanand L Rai, who has also directed Akshay Kumar in upcoming films such as Atrangi Re and Raksha Bandhan, said in a statement that he's looking forward to the third collaboration: "We are honoured to bring the story of a legendary war hero, Major General Ian Cardozo whose name goes down in history for his immense courage in the 1971 Indo-Pakistan war. I am also excited to work with Akshay sir again for the third time."

Meanwhile, producer Himanshu Sharma added: "We hope to honour Major General Ian Cardozo in this film which will inspire many. Looking forward to this really special journey."

In a statement, Major General Ian Cardozo said: "I feel honoured for this story to be told on the 50th anniversary of the 1971 war. It commemorates the courage and sacrifice of the armed forces of India. I look forward to working with Anand and Akshay as they bring this to life. This story reflects the values and spirit of every officer of the Indian Army."

Apart from Gorkha, Akshay Kumar has an impressive line-up of films ahead. His much awaited movie Sooryavanshi released on November 5. Akshay Kumar's roster of new films also include Atrangi Re, Prithviraj, Bachchan Pandey, Raksha Bandhan and Ram Setu.