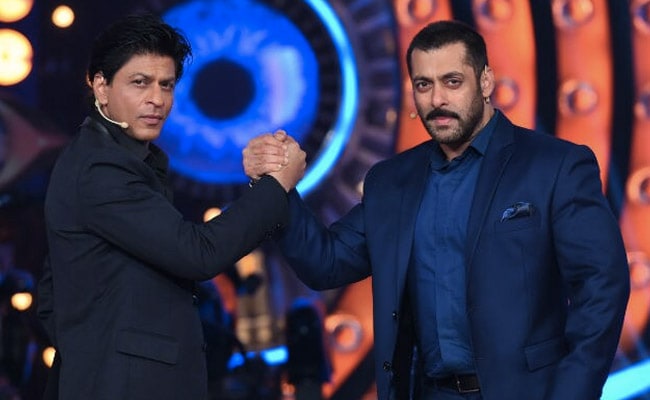 Shah Rukh with Salman Khan on sets of Bigg Boss

Expect to see Shah Rukh Khan as DDLJ's Raj and Salman Khan as Prem in Aamir Khan's Laal Singh Chaddha. As per Mumbai Mirror, Shah Rukh and Salman will play cameos in the Advait Chandan directed movie. Laal Singh Chaddha shows the journey of the titular character through several decades and in the nineties, Aamir's character will reportedly chance upon the era's budding superstars Shah Rukh and Salman. "The screenplay weaves in iconic moments from each decade and since we love our matinee idols, Chaddha's journey would be incomplete without certain top stars. So, during this journey of self-discovery, Aamir lands on the sets to meet Shah Rukh around the release of DDLJ and sharing his personal experiences, engages with the wonder world," Mumbai Mirror quoted a source as saying.

Talking about Salman Khan's cameo in the film, the source said: "His Prem wooed the audience in the '90s, from Maine Pyar Kiya, Hum Aapke Hai Koun...! to Hum Saath Saath Hai and Aamir is keen to get Salman back as Prem in his social dramedy."

Aamir and Shah Rukh have never worked together in a film except for briefly sharing screenspace in Ashutosh Gowariker's 1993 film Pehla Nasha. Salman and Aamir are co-stars of the 1994 cult comedy Andaz Apna Apna.