"Faced Prejudice And Still Do": Tandav Actress Kritika Kamra On Her Transition From TV To Bollywood

"I have been told that TV actors come with certain baggage. But I'm alright," said the actress 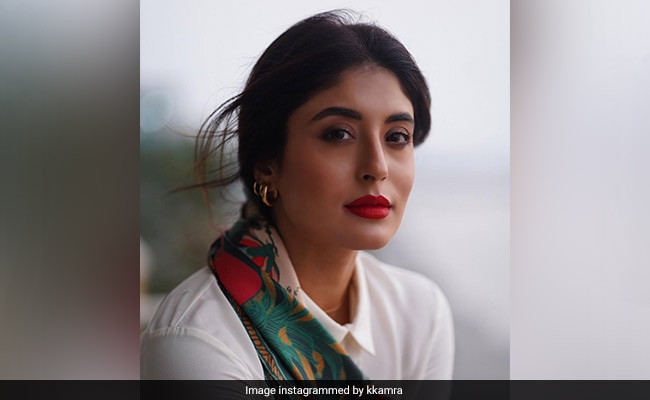 Actress Kritika Kamra, who is best known for her performances in TV shows Kitani Mohabbat Hai and Kuch Toh Log Kahenge, revealed in a recent interview with India Today that she has been "facing prejudice" after she stepped into Bollywood because of her career in television. Kritika's debut web-series Tandav, headlined by Saif Ali Khan and Dimple Kapadia, just released on Prime Video on Friday. Talking about the discrimination she has faced after switching from television to film industry, Kritika, who made her Bollywood debut in 2018 with Nitin Kakkar's Mitron, told the publication: "It's hard to make generalisations. I think everyone's journey is different and very personal. I won't deny it. I faced this prejudice and I still do."

However, the actress said she is "okay to prove herself" as many times as she needs to. "I have also been told that TV actors come with certain baggage. But I'm alright. I'm okay to go out there and prove myself as many times as I need to. And maybe people can re-imagine or imagine me doing things differently. It was not so bad for me. I will still say that I have been fortunate. I got good work," added Kritika Kamra.

Not just in TV shows and film but Kritika Kamra has also starred in a couple of short films, including Best Girlfriend and Friend Zoned.

The actress rose to fame after playing the role of Arohi Sharma opposite Karan Kundra in Kitani Mohabbat Hai, which aired in 2009. In the aforementioned interview, Kritika also said she has been trying out new projects other than TV shows but she "faces bias" but she is "alright" with people deciding if she is "good enough" for a job or not. "Being a TV actor, especially being somebody who's been popular on TV at some point and has done so much of television, I do face that bias. But I'm alright to go and test for things and let people decide if I'm good enough for the job," the actress told India Today and added: "With films, it's a lot of factors. It's not just that you are coming from TV. You sign things, some things don't take off, some do. Some don't materialise the way you were told or some just never go on floors. So, it's a different ball game. Now, of course, they say that the lines are blurring and I hope that they are."