Earth Day 2021: All The Times Ileana D'Cruz Was Being A Water Baby

In her Earth Day-special album, Ileana can not only be seen scuba-diving and surfing but also playing under a waterfall and chilling on the beach 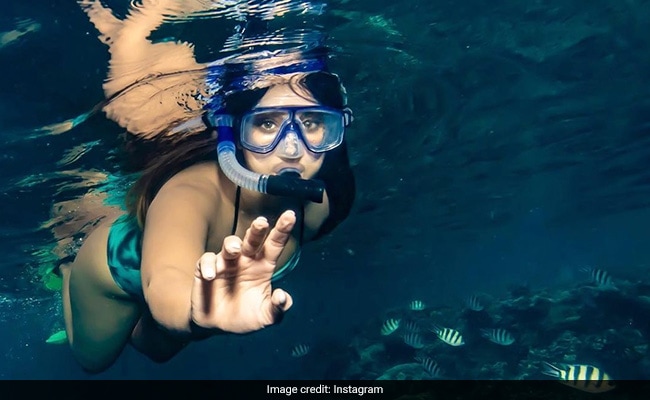 Actress Ileana D'Cruz is often bitten by the travel bug but of late, all we can do is day-dream about our past vacation memories. On Earth Day, Ileana took a trip down memory lane and flipped through her vacation albums. In doing so, she dug out her favourite memories of reuniting with nature and being a water baby. In her Earth Day-special album, Ileana can not only be seen scuba-diving and surfing but also playing under a waterfall and chilling on the beach. No words needed for her Earth Day album, thought Ileana D'Cruz, and captioned with a bunch of earth emojis.

Earth Day or not, Ileana often shares throwback postcards from her travel diaries. Here's when she wrote: "On days I'm not so sure of myself... still moving forward... one little baby step at a time."

Sometimes, she turns her holiday memories into meme-worthy videos: "Me running away from my responsibilities."

Here's when Ileana D'Cruz was feeling pretty in Fiji, "wearing flowers in my super short hair":

Ileana D'Cruz was last seen in the recently released film The Big Bull, in which she co-starred with actor Abhishek Bachchan. Ileana was cast in the role of a journalist while Abhishek Bachchan plays the onscreen version of Harshad Mehta, the infamous stock-broker charged for numerous financial crimes during the securities scams of 1992. Ileana D'Cruz is best-known for her performances in Bollywood films such as Barfi!, Phata Poster Nikla Hero, Rustom, Baadshaho, Mubarakan and Happy Ending, among others.