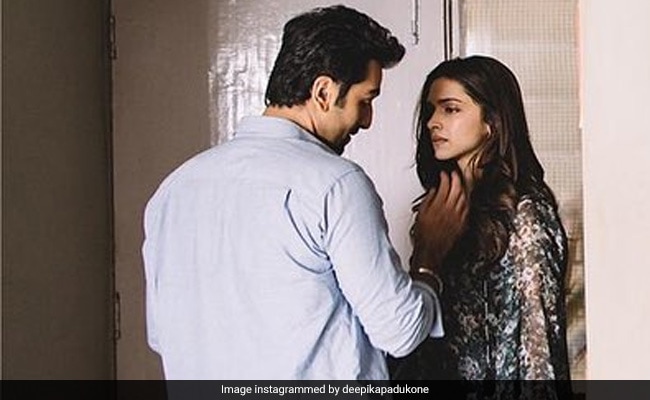 As Imtiaz Ali's Tamasha clocked 5 years, the film's lead actress Deepika Padukone shared a few memories from the film in the form of throwback pictures on her Instagram profile on Saturday. One of the pictures featured Deepika along with her co-star Ranbir Kapoor filming a scene. The second picture was a BTS shot of Deepika from the film, while the third one was from the film's climax sequence, which featured Ranbir Kapoor performing on stage, dressed in a robot's costume. Sharing the pictures, Deepika wrote: "5 years of Tamasha. 5 years of Tara (the name of Deepika's character in the film)."

Besides Tamasha, Deepika Padukone  and Ranbir Kapoor have co-starred in films like Bachna Ae Haseeno and Yeh Jawaani Hai Deewani. Earlier there were also reports of Deepika Padukone being cast in Luv Ranjan's untitled film opposite Ranbir Kapoor, after the actress was photographed outside Luv Ranjan's office. However, a section of the Internet wasn't quite happy about the actress' association with #MeToo accused Luv Ranjan. A series of #NotMyDeepika tweets surfaced online after Deepika was photographed at the office.

Other than Tamasha, Imtiaz Ali has also directed Ranbir Kapoor in Rockstar and Deepika in the 2009 hit Love Aaj Kal.

Deepika Padukone was last seen in Chhapaak. The actress has signed the Hindi remake of the 2015 film The Intern, which was meant to star late actor Rishi Kapoor. The revised cast of the film has not been announced as of now. The actress has also signed a film opposite Prabhas, which will also feature Amitabh Bachchan. She will also be seen in Shakun Batra's untitled film, starring Siddhant Chaturvedi and Ananya Panday.

In terms of work, Ranbir Kapoor was last seen in the 2018 film Sanju, a biopic on Bollywood actor Sanjay Dutt. His upcoming projects include Ayan Mukerji's fantasy trilogy Brahmastra, co-starring girlfriend Alia Bhatt and Amitabh Bachchan and Shamshera, in which he will share screen space with Vaani Kapoor and Sanjay Dutt.