Chhalaang, produced by Ajay Devgn, will release on Diwali 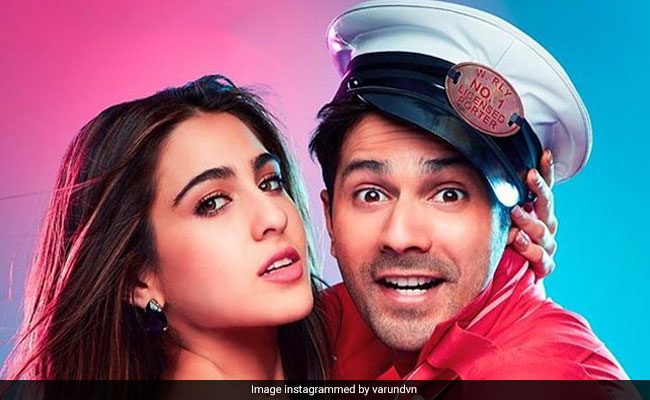 Attention guys! After Gulabo Sitabo and Shakuntala Devi, Amazon Prime Video will bring you three more much-awaited Bollywood films this year. Varun Dhawan and Sara Ali Khan's Coolie No 1, Rajkummar Rao's Chhalaang and Bhumi Pednekar's Durgavati are among the 9 films that are slated to release on the OTT platform this year, reported trade analyst Taran Adarsh. Coolie No 1, which is a remake of David Dhawan's 1995 film of the same name, will premiere on December 25 while Chhalaang and Durgavati will release on November 13 (Diwali) and December 11, respectively. The other films to premiere on Prime Video are Halal Love Story (Malayalam), Bheema Sena Nalamaharaja (Kannada), Soorarai Pottru (Tamil), Manne Number 13 (Kannada), Middle Class Melodies (Telugu) and Maara (Tamil).

Akshay Kumar's production Durgavati is a horror film a horror film, which is a Hindi remake of a Telugu film Bhaagamathie. Arshad Warsi, who will co-star with Bhumi Pednekar in the film, announced the release date like this:

Durgavati is directed by G Ashok. Earlier, speaking about her role in the film, Bhumi Pednekar told news agency PTI: "Durgavati is going to take me in horror space. It is the most challenging and special film for me, as it is for the first time, the responsibility will be on my shoulders. Durgavati is something I'm most pressured and excited about. Akshay sir is a genius, I respect him."

Coolie No 1 was expected to open in theatres in May 2020. However, due to the ongoing coronavirus pandemic, it got postponed. Because of the pandemic, films have been releasing on OTT platforms. Akshay Kumar's Laxmmi Bomb, Ajay Devgn's Bhuj: The Pride Of India and Abhishek Bachchan's The Big Bull are among the upcoming films that will release on Disney+Hotstar.

Other films to release on Diwali this year are Sooryavanshi and Ranveer Sigh's '83.