Casanova: The new music video features Tiger Shroff as a singer, as well as a dancer 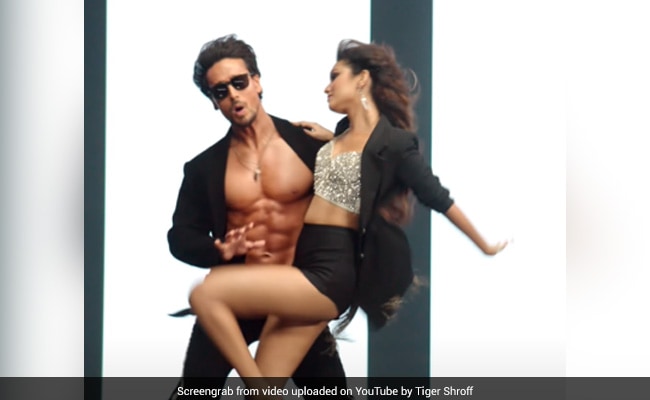 After his hit first solo Unbelievable, Tiger Shroff is back with another music video titled Casanova and the song has sent the Internet into a meltdown. Tiger, like his previous song, can be seen sporting multiple hats - that of a singer, as well as a dancer. His dance moves, inspired by legend Michael Jackson, and his abs stole the spotlight in the song. Casanova, directed by Punit Malhotra (who was worked with Tiger on Student Of The Year 2), features the actor romancing model Akansha Sharma. Sharing the video on his YouTube channel, Tiger Shroff wrote, "'I was a Casanova before I saw you girl.' Happy to present to you my second single, Casanova as the very first video on my Official YouTube channel. Would love to hear your feedback in the comments below! Also do let me know what kind of content would you like to see on this channel. Thank You for always supporting me with all the love and appreciation. I do what I do because of you all, this one's for you."

Minutes after Tiger Shroff released his music video, it went crazy viral on social media. The song has been composed by Avitesh Shrivastava, who has also written its lyrics.

Tiger Shroff released his first solo Unbelievable in September last year. The actor had, at that time, shared that he had "always wanted to sing and dance" to his own song. In one of his Instagram posts, he had written: "Always wanted to sing and dance to my own song, but never really had the courage to take it forward. Spent a lot of time exploring and working this lockdown and discovered something new. Its been an 'unbelievable' experience, and i'm excited to share this humble effort with you soon."

In case you haven't seen Unbelievable yet, take a look now:

Tiger's last release was Baaghi 3, in which he co-starred with Shraddha Kapoor and Riteish Deshmukh. Last year, the actor featured alongside Hrithik Roshan and Vaani Kapoor in War. He has also worked in the 2019 film Student Of The Year 2, co-starring Ananya Panday and Tara Sutaria. Tiger Shroff, who made his debut in 2014 with the film Heropanti, has featured in films like Baaghi, Baaghi 2, A Flying Jatt and Munna Michael, among others.