Black Widow trailer: Scarlett Johannsson returns as Natasha Romanoff, going back to her dark past 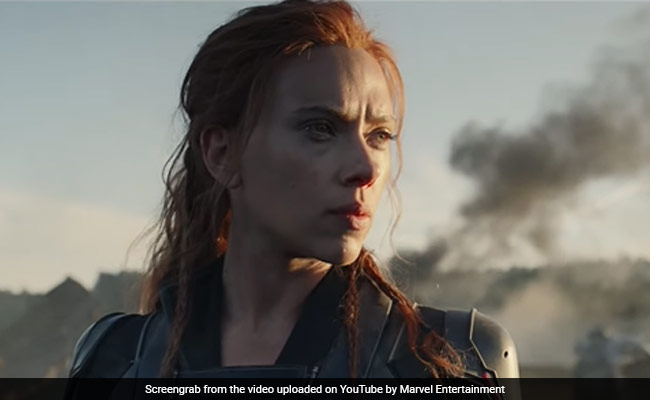 The first teaser of Marvel's Black Widow dropped on the Internet on Tuesday and we couldn't be more excited to watch Scarlett Johansson play Natasha Romanoff again. Black Widow is a standalone movie set between the events of Captain America: Civil War and Avengers: Infinity War, revolving around Natasha Romanoff's return to her dark past. In the two-minute-long teaser, Natasha Romanoff, who sacrifices herself to secure the Soul Stone for the Avengers in the final instalment Endgame, recalls her journey as an Avenger before she returns to the house 'where it all began' for her. She's in for a 'helluva reunion' - and what a reunion it is, featuring two other members of the Black Widow programme, Yelena Belova (referred to as Natasha's 'sister') and Melina Vostokoff, as well as Red Guardian, played by Stranger Things star David Harbour. Florence Pugh and Rachel Weisz are cast as Yelena and Melina.

In the Marvel comic-verse, Red Guardian is married to Natasha Romanoff - it's not clear if he is in the upcoming film. Comic book fans will know that Melina is really supervillain Iron Maiden. Yelena and Natasha have an action-packed Black Widow-off when they meet in the teaser, which seems to be enough for them to work off any emotional baggage.

Scarlett Johansson's character Black Widow made her first appearance in Robert Downey Jr's Iron Man 2 as a S.H.I.E.L.D. spy. Earlier this year, Marvel Comics Universe announced the Black Widow film along with a set of films and television shows, including new outings for popular characters such as Thor, Doctor Strange and Loki.