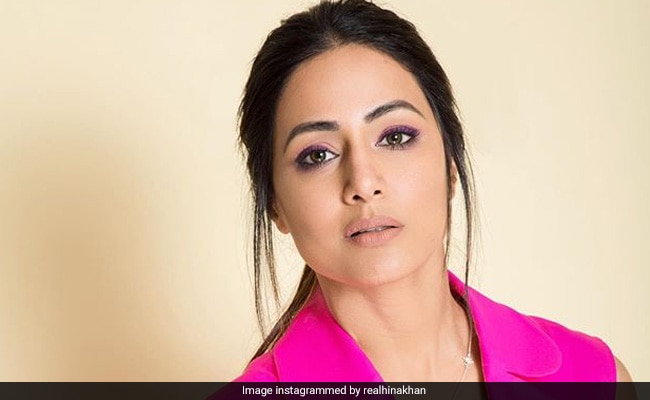 Actor Hina Khan, who had her share of controversies during her stint on Bigg Boss season 11, says the new season is "crazy" with the cases of physical altercations but celebrities alone shouldn't be held responsible, reported news agency PTI. The actor said the show works because the viewers continue to watch. "After watching this season of 'Bigg Boss,' I'm like, 'I didn't do anything during my time on the show.' This season is crazy and people are out there," Hina told PTI. "But I always feel we should not really blame the celebrities inside the house because they are being allowed to do that. I also don't blame the makers and creators because that's their format. They have given this liberty to push, hit and abuse people in this season. It wasn't there in my season," she added.

Hina made headlines on the 2017 edition of the Colors TV reality show for her remarks against TV actors Kishwar Merchant, Gauahar Khan, Sakshi Tanwar and Sunny Leone. She was also criticised for her comments against co-contestant and eventual winner Shilpa Shinde. The 32-year-old actor said the show was working on the simple rule of demand and supply. "We, who are watching the show, are responsible. We wait for the next episode. They are giving people what they want to watch. If people stop watching the show, they will change the format," she said.

The season 13 of the show has been in the news since its premiere in September last year for the excess of physical confrontation, foul language and unruly behaviour. The season features TV stars like Rashami Desai, Sidharth Shukla, Aarti Singh, Shehnaz Gill and Paras Chhabra among others as the contestants.

(Except for the headline, this story has not been edited by NDTV staff and is published from a syndicated feed.)
Comments
BIGG BOSS 13HINA KHAN