'Big Directors' Don't Cast Akshay Kumar, He Says. That's Why He Works With New Ones

"When big people don't take you (in their films), you have to start your own journey," said Akshay Kumar 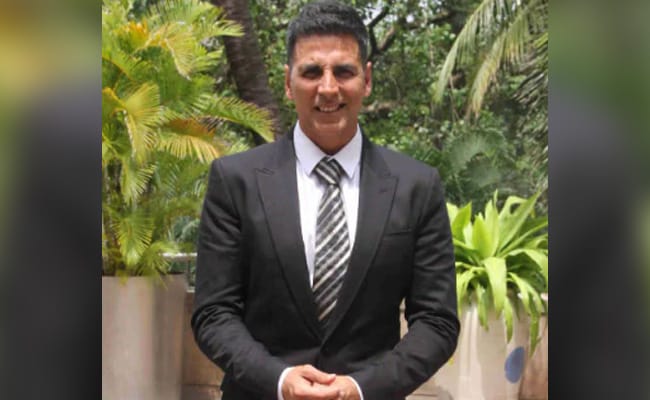 Akshay Kumar was photographed at an event.

Actor Akshay Kumar, who will next be seen in Raj Mehta's directorial debut Good Newwz, revealed that he works with new filmmakers "because big directors don't take" him in their films, reported news agency IANS. While interacting with the media at the trailer launch of Good Newwz in Mumbai, when the film's producer Karan Johar mentioned that Akshay Kumar, 52, has worked with many debutant directors in his career, the actor replied: "I work with new directors because big directors don't take me (in their films). That is the truth," he was quoted as saying by IANS. He went on to explain the reasons behind working with newcomer directors.

When asked about the time when big directors were only interested in working with the Khans (Shah Rukh Khan, Salman Khan and Aamir Khan), Akshay Kumar said the filmmakers approached only those actors who "deserved" it, be it the Khans or the Kapoors. "They (big directors) went to the people who deserved. You see, it's not that only the Khans were around. There were the Kapoors and the others. I presume I didn't deserve it, so I earned it my way," said the actor.

He added that the prominent filmmakers have worked with him as producers but they haven't directed him. "I still don't have big directors (directing me). They are producing films with me but they are not directing. Karan Johar is there, you should ask him. You should ask Adi Chopra (Aditya Chopra)," said Akshay.

Speaking about his experience of working with newcomer directors, Akshay Kumar said: "Raj Mehta is my 21st new director. I also feel their greed to do good work is far more than many old directors. For them, it is a do or die situation because (they think) if the film doesn't work, then they are finished."

Akshay said that he never tries to guide the new directors as he "trusts" their work. The actor added: "I am not any kind of guiding force. I have not opened a school. They come, they do their own work. They do a good job, that's why they are with me. Actually, more than anything else, I trust the script and the screenplay. With that, 60 percent of your job is done. The rest is done by the director."

In Good Newwz, Akshay Kumar co-stars with Kareena Kapoor, Kiara Advani and Diljit Dosanjh. The film is slated to open in theatres on December 27.