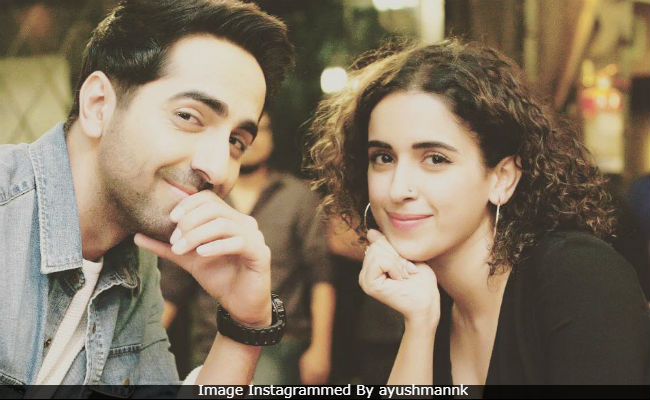 Ayushmann Khurrana's new film Badhaai Ho continues to dominate at the box office and in a week, it has earned over Rs 60 crore, trade analyst Taran Adarsh reports. Badhaai Ho, also starring Neena Gupta and Sanya Malhotra, released on Thursday and on the opening day, the film made Rs 7.35 crore. Over the weekend it earned over Rs 26 crore and this week's business, on an average, has been close to Rs 20 crore. Badhaai Ho has so far earned Rs 61.85 crore. "Badhaai Ho is all set for a fantastic Rs 66 crore + extended Week 1. While Week 2 will give an idea of its lifetime business, it's still a money-spinner. Thursday 7.35 crore, Friday 11.85 crore, Saturday 12.80 crore, Sunday 13.70 crore, Mon 5.65 crore, Tuesday 5.50 crore, Wednesday 5 crore. Total: Rs 61.85 crore," read Taran Adarsh's tweet.

Earlier this week, Taran Adarsh said that Badhaai Ho is 'expected to rake in strong numbers' till the release of Aamir Khan and Amitabh Bachchan's Thugs Of Hindostan.

#BadhaaiHo is expected to rake in strong numbers till #TOH arrives in #Diwali... A big total is on the cards, but, of course, much depends on how it fares in Week 2... North India is FANTASTIC and should lead in coming days too.

In his review for NDTV, film critic Saibal Chatterjee gave Badhaai Ho 3.5 stars out of 5. "This is a family drama with a difference whose appeal stems from the confident and steady manner in which it unfolds. Badhaai Ho is relatable despite the fact that it deals with a situation that isn't all that common, in real life or in cinema. It is certainly worth a visit to the multiplex," he wrote.

Badhaai Ho clashed at the box office with Arjun Kapoor and Parineeti Chopra's Namaste England, which hasn't made good numbers.