Ayesha Takia Has Always Been A Cutie. See Childhood Pic With Parents

No, it's not Thursday yet. But, we guess Ayesha Takia didn't really want to wait for two more days to post some throwback photos 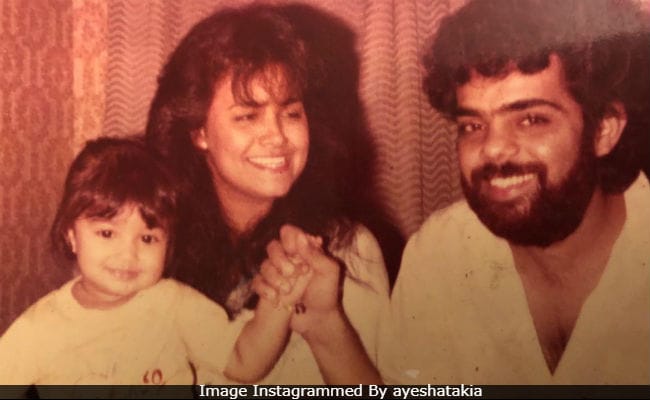 No, it's not Thursday yet. But, we guess Ayesha Takia didn't really want to wait for two more days to post some throwback photos. Remember Ayesha Takia? She dug out two pictures from her family album, which features the actress with her parents Nishith and Faridah and in the other one, she shares the frame with sister Tasha. In the post with her parents, little Ayesha can be seen sitting on her mother's lap while her dad holds her hand as the trio pose for the perfect picture. "Mom, dad and me," Ayesha Takia, 32, captioned her post, adding hashtags like 'childhood memories' and 'family.'

Here's the second throwback picture she posted, this time with her sister. "Bachpan," wrote Ayesha.

@tashatakia and me ,, Bachpan #sisters

Ayesha Takia and Farhan Azmi have been married since 2009. The couple are parents to a son, whom they have named Mikail. She hasn't made any screen appearance after 2013 film Aap Ke Liye Hum. Speaking about motherhood, she earlier told news agency IANS, "My son requires a lot of my time. I think all parents know this is a lot of responsibility... looking after children. It has been absolutely fantastic. It is such a self-learning process because I had no idea that I could muster up so much patience, unconditional love, hard work and selflessness for another human being."

Ayesha Takia debuted in Bollywood with 2004's Taarzan: The Wonder Car. She also has films such as Dil Maange More, Socha Na Tha, Cash, Salaam-E-Ishq, Paathshala, Wanted and Dor on her resume.