Arshad Warsi, 53, Is "Getting In Shape For Next Project" And How 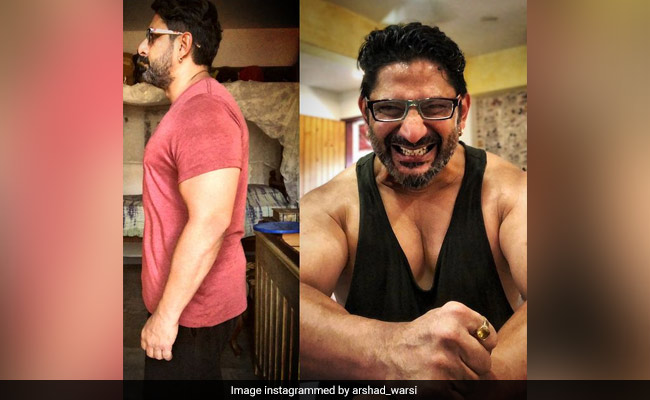 Arshad Warsi is gearing up for his new project and how. The 53-year-old actor, on Friday, shared a glimpse of how he is "getting in shape" for his new film. Arshad Warsi posted a photo collage comprising before and after pictures of himself. "Long way to go, but getting in shape for my next project," the actor wrote in the caption. His post is giving major fitness goals to his friend and fans. His friend Ashish Chowdhry dropped this comment on his post: "Whadya sayin my brother Arrshad!! Looking good."

Arshad Warsi was last seen in Prime Video's LOL: Hasse Toh Phasse. His next film is Akshay Kumar's Bachchan Pandey. After wrapping the shooting schedule of the film earlier this month, the actor shared a picture with Akshay Kumar and wrote: "Wrapped up Bachchan Pandey. This film is going to be very close to my heart, because I met some of the most talented and really wonderful people. Kriti, Jacqueline, Akshay, Sajid, Farhad and of course the crew.... thank you so much."