A day after Anushka Sharma's cricketer husband Virat Kohli announced that he will be stepping down as India's T20I Captain after the ICC T20 World Cup, the actress reacted to his post on social media. She posted a screenshot of Virat Kohli's statement and she dropped a heart emoji in her Instagram story. "I have decided to step down as the T20 captain after this T20 World Cup in Dubai in October," read an excerpt from Virat Kohli's statement. The ICC T20 World Cup is scheduled to take place in UAE and Oman from October 17 to November 14. 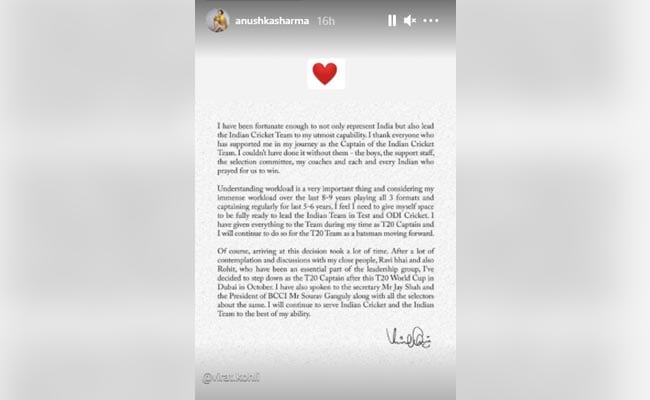