Anil Kapoor shared images from the “legendary night” on Instagram. 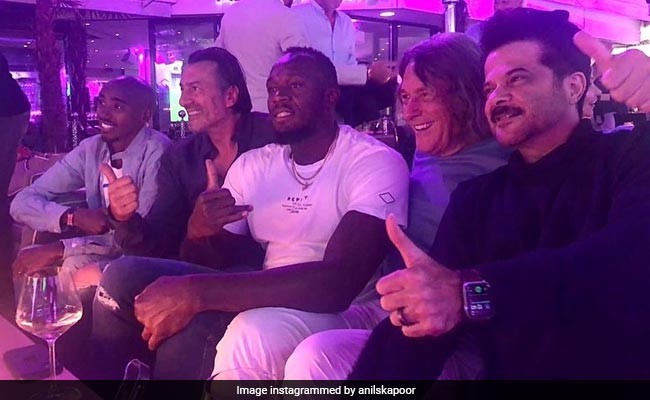 If there is ever a contest for who the coolest guy on the Internet is, veteran actor Anil Kapoor would be a strong contender for the top slot. The actor, who is known as much for his dashing looks as he is for his illustrious career, is winning social media once again with some party pictures. And this, might we add, is no ordinary get-together. For this party, Anil Kapoor was joined by some sports stalwarts. In the photos shared on Instagram, Anil Kapoor is seen laughing and posing with Olympic legends Usain Bolt and Mo Farah. Excited, already? Wait, that's not all. We can also spot Dr Hans-Wilhelm Muller-Wohlfahr, the famous German celebrity sports doctor and orthopaedist. As for the caption, Anil Kapoor wrote, “To a legendary night,” and tagged Usain Bolt and Mo Farah.

Can't wait to see the pictures from the “legendary night? Check here:

Fans were impressed by the unexpected yet thoroughly epic pictures that came their way. Filmmaker Karan Boolani, who is married to Anil Kapoor's daughter, producer Rhea Kapoor, also shared one of the images on Instagram Stories. Karan wrote, “Epic,” and we cannot help but agree. 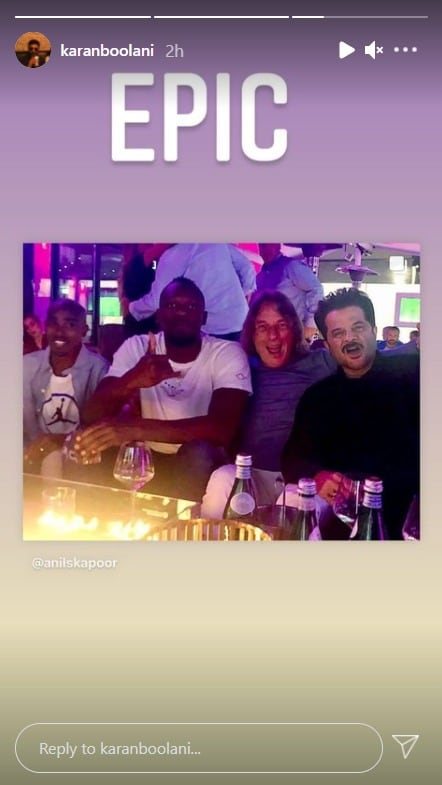 Anil Kapoor, who was in Munich two days ago, seems to be having the best time in the Bavarian city. He even shared a video of himself grooving to some music in a park. Sharing the experience, the actor wrote, “Just to be able to breathe in a mask free zone in a park in Munich with music playing was enough for me to shake my leg...Praying the world soon gets fully vaccinated and we can go back to normal life.”

Anil Kapoor was last seen in the Netflix film AK Vs AK. In it, he shared screen space with director-actor Anurag Kashyap. Anil Kapoor will next feature in Jug Jugg Jeeyo with Neetu Kapoor, Varun Dhawan and Kiara Advani.