"Our honest and humble attempt to reflect on an important social issue," wrote Akshay Kumar 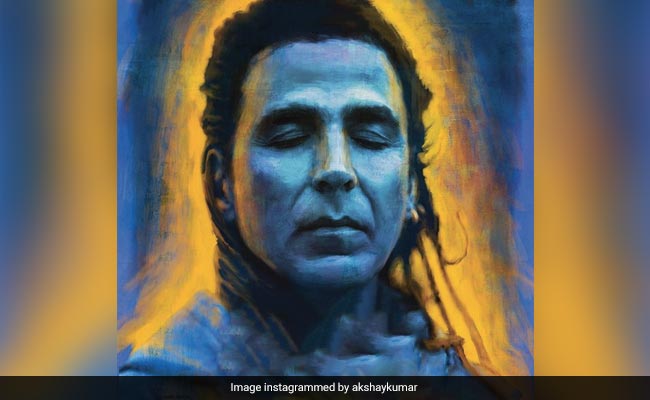 Akshay Kumar officially announced his next project OMG 2 on Twitter on Saturday. The actor shared a poster from the film and he wrote in his caption: "Need your blessings and wishes for OMG 2, our honest and humble attempt to reflect on an important social issue. May the eternal energy of Adiyogi bless us through this journey." Other than Akshay Kumar, the film also stars Yami Gautam and Pankaj Tripathi in pivotal roles. Yami Gautam, sharing the same poster wrote in her caption: "Delighted to announce our film OMG 2! Need your best wishes for this special one."

Akshay Kumar also shared a BTS video with his co-star Pankaj Tripathi from Ujjain. Check out the video here:

Written and directed by Amit Rai, OMG 2 is produced by Cape of Good Film, Vipul D Shah, Rajesh Bahl and Ashwin Varde. It is the sequel to 2012 film OMG - Oh My God. The first installment of the film featured Paresh Rawal, who files a case against God for destroying his shop in an earthquake. The film also starred Mithun Chakraborty.

Akshay Kumar has a super busy schedule in 2021. The actor awaits the release on the cop drama Sooryavanshi. Earlier this year, the actor shot for Atrangi Re with Sara Ali Khan and Dhanush. He will soon star in Bachchan Pandey. He will also feature in Prithviraj, which is a biopic of Prithviraj Chauhan. The actor announced two new projects last year - Raksha Bandhan and Ram Setu. The actor will also be seen in a film called Gorkha.

Yami Gautam will next be seen in A Thursday and Dasvi, alongside Abhishek Bachchan and Nimrat Kaur. She was last seen in the horror comedy Bhoot Police with Saif Ali Khan, Arjun Kapoor and Jacqueline Fernandez.