Faraaz Khan's brother Fahmaan Khan, also an actor, has asked for financial help and set up a fundraising platform. 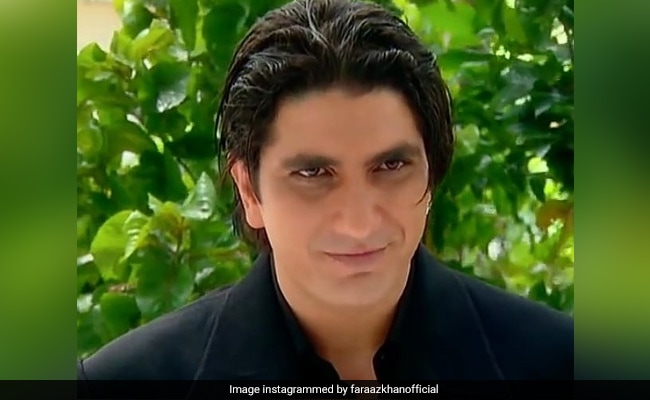 Actor Faraaz Khan is currently under medical care in the Intensive Care Unit of Bengaluru's Vikram Hospital - he was rushed to the hospital on October 8 following chest infection. Faraaz Khan's brother Fahmaan Khan, also an actor, has asked for financial help and set up a fundraising platform. In his plea for financial support, Fahmaan Khan wrote that his brother was also diagnosed with brain infection and they need Rs 25 lakh for treatment. Speaking to ETimes recently, Fahmaan Khan said: "Bhai has been on ventilator for the past five days and as per doctors, there are 50 % chances of his survival." At the time of reporting this on Wednesday afternoon, over Rs 2.2 lakh was raised on the platform from 54 donors. Faraaz Khan, son of late actor Yusuf Khan, appears to be in his 60s now.

Actress Pooja Bhatt, in a tweet on Wednesday, revealed she is donating to the fund and requested everyone to reach out to make contributions. "Please share and contribute if possible. I am. Would be grateful if any of you can as well," tweeted Pooja Bhatt.

Please share and contribute if possible. I am. Would be grateful if any of you can as well. https://t.co/UZSbvA2sZb

Fahmaan Khan, on the fundraising platform, wrote that Faraaz Khan's association with films ended years ago, and that his source of earning was a simple job, which makes Rs 25 lakh a huge amount for the family. "However, his vitals have been fluctuating and he is still unconscious in the ICU. The doctors are trying their best to get him out of danger but that will require another 7-10 days of critical care. This will cost us around Rs 25 lakhs. It has been years since Faraaz has worked in films. And 25 lakhs is a huge amount to be arranged. We have a simple life and earn our living with our job and enjoy spending the weekends with our family," read his note.