The Uttar Pradesh Madhyamik Shiksha Parishad (UPMSP) will administer the centenary song and logo competition and winners will be awarded at the state level.

A UPMSP statement said: “The selection of the centenary song and logo will be taken at three levels. Firstly, districts will finalise the logos and song. Next the selected entries from each school of the district will compete with other districts at the divisional level and then final selection at state level will be done.”

The shortlisted entries of the song and logo competition from the division have to be sent to the Uttar Pradesh Madhyamik Shiksha Parishad by January 9, 2020, along with the names of the students and their schools. The entries can be sent both in online mode by sending soft copies or offline through hard copies. The best three entries of the song and logo competition will be awarded during the centenary celebration of the board at state level. 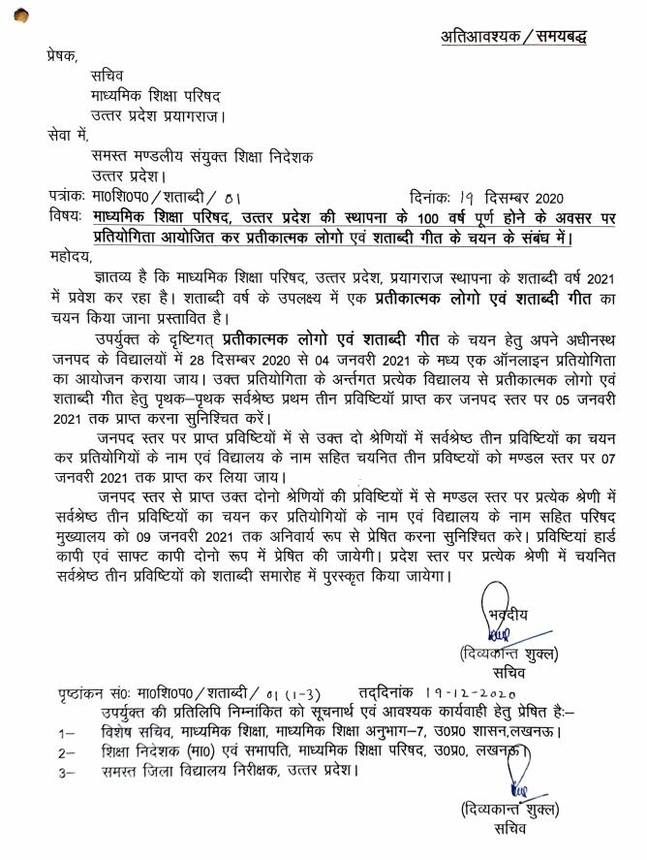 Maharashtra Board Class 10, 12 Exams To Be Held In April-May: Varsha Gaikwad

Karnataka: Polytechnic Colleges To Be Upgraded With Modern Equipment