TS Inter Exam Hall tickets have been released by the Board at bietelangana.cgg.gov.in.

Go to the website of TS Board of Intermediate Education at bietelangana.cgg.gov.in
Click on IPE March 2017 Hall Ticket (First year/ second year)
Enter the roll number/ registration number
Download the hall ticket
Take a printout of the downloaded hall ticket

The theory examination for both 1st and 2nd year will be held from 9 am to 12 noon. While both examinations will begin with 2nd language paper, modern language and geography will be the last paper for both (Paper I for 1st year and Paper II for 2nd year). There will be no examination on 5 and 12 March 2017.

Exam time table for TS Inter 1st and 2nd year exam was released by the Board earlier, details of which can be found in the official website.

Read: Examination Tips For Board Students 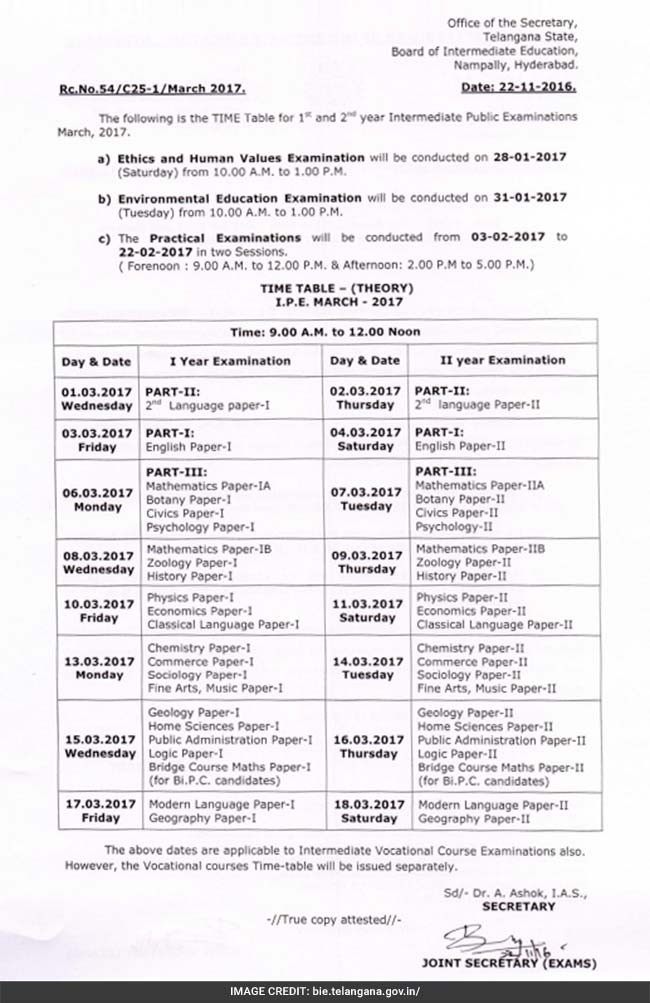 
In another press release on 18 February, the BIETS informed the students and teachers that the dates of Mathematics, Zoology, History and Vocational exams of 2 nd year have been changed to March 19.

These examinations were earlier fixed for March 9.

CIPET Renamed As Central Institute Of Petrochemicals Engineering And Technology

GSEB 10th Result In June? No Official Announcement Yet