The school students participated in the celebrations of 72nd Republic Day today at Rajpath, New Delhi amid COVID-19 restrictions. Many of them displayed cultural performances and dances to showcase the traditions of their respective states.

The school students participated in the celebrations of 72nd Republic Day today at Rajpath, New Delhi amid COVID-19 restrictions. Many of them displayed cultural performances and dances to showcase the traditions of their respective states. This time, a lesser number of students and audience was invited to attend the celebrations, hence various schools and Kendriya Vidyalayas organised their separate events to mark the day. Teachers and principals in various schools did the flag-hoisting ceremony while at some places the students were only allowed to attend the celebrations in a virtual mode.

President Ram Nath Kovind and Prime Minister Narendra Modi along with the Union Cabinet Ministers attended the Republic Day parade. The defence forces of the country marched across from Rashtrapati Bhawan to the India Gate. This time the government had invited the CBSE Classes 10,12 toppers and the University toppers to witness the parade from the PM’s box. The Union Education Minister Ramesh Pokhriyal ‘Nishank’ was also present during the event.

Students of various Delhi-based schools performed folk dances and routines as part of the celebrations. Various troupes based their performances on the schemes launched by the Central government.

The Indian states displayed their respective tableau to showcase their culture and traditions.

West Bengal tableau highlighted a state government’s scheme named ‘Green Companion’ as part of which the higher school students were given bicycles to allow them to attend classes and provide ease of mobility. 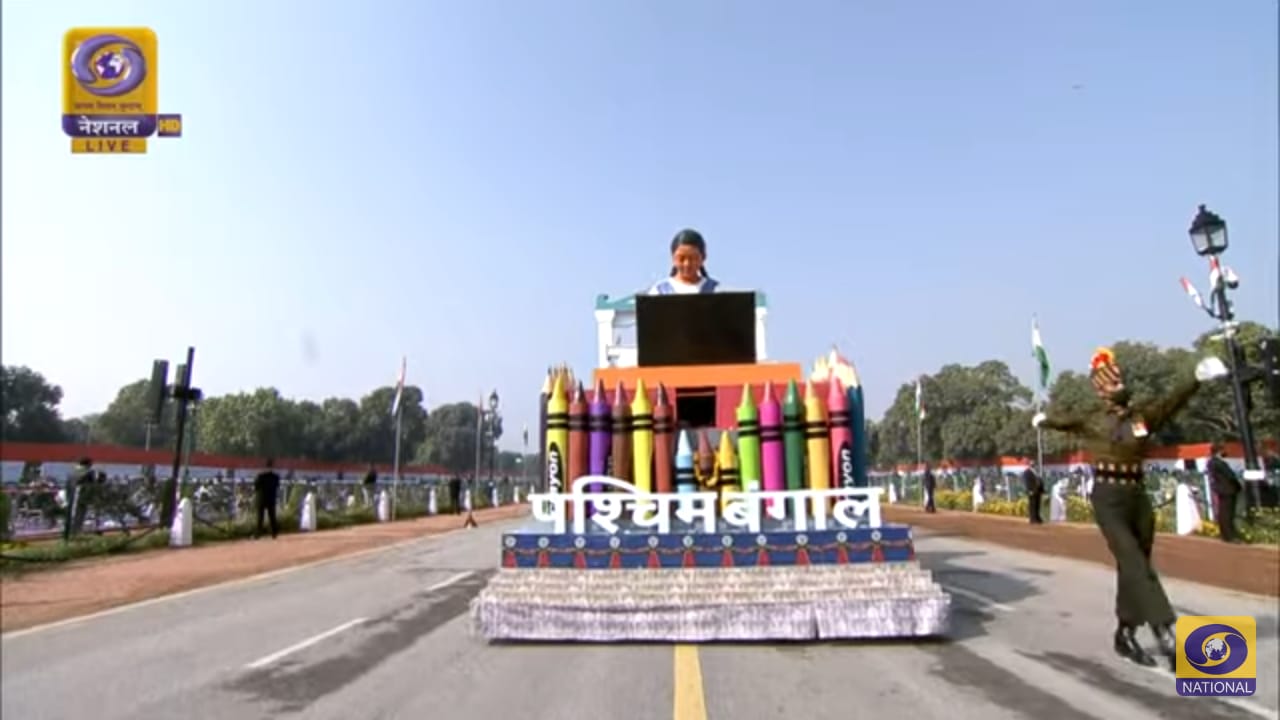 The school students of Delhi Tamil Association performed a state-based folk dance. The students were clad in traditional dresses and carried traditional props throughout their performance. 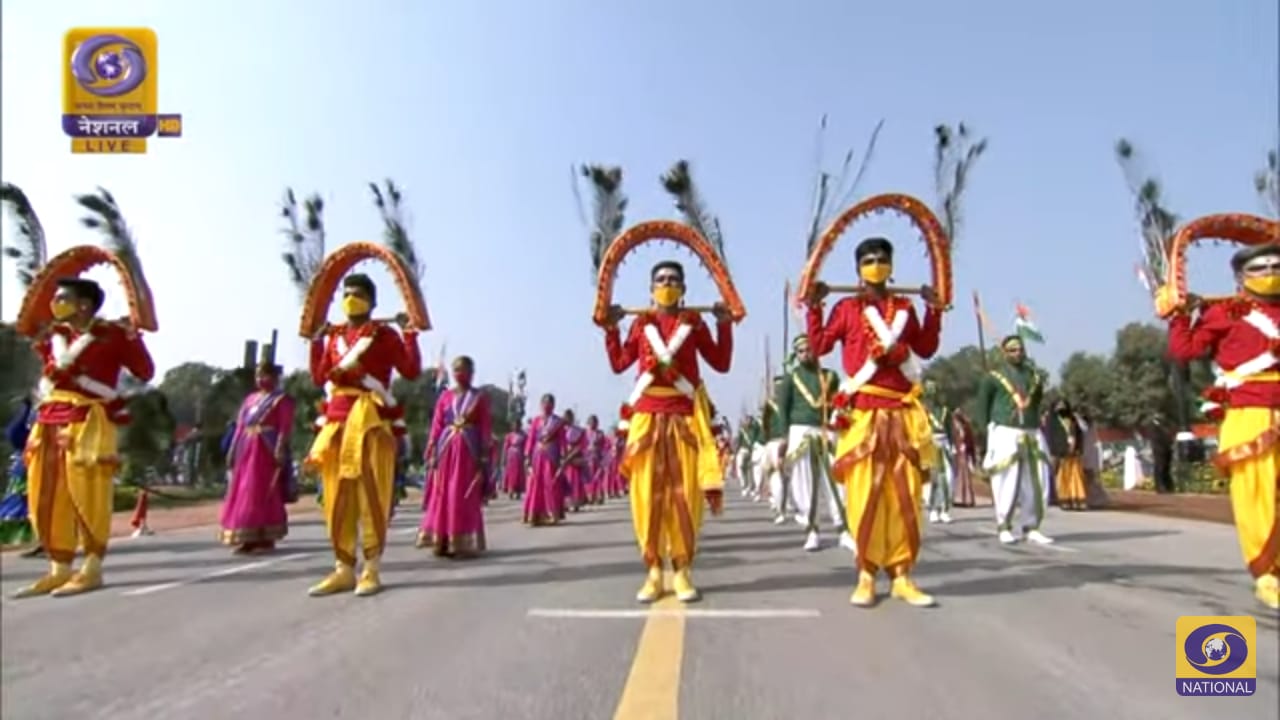 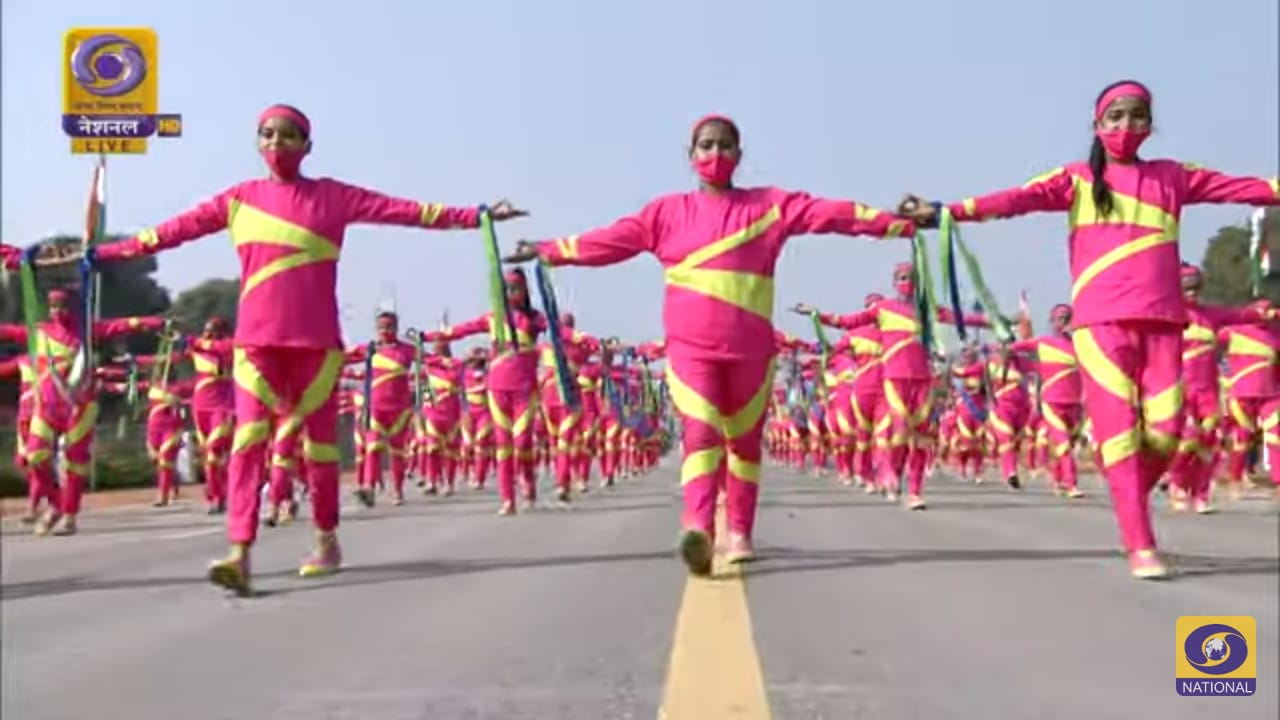 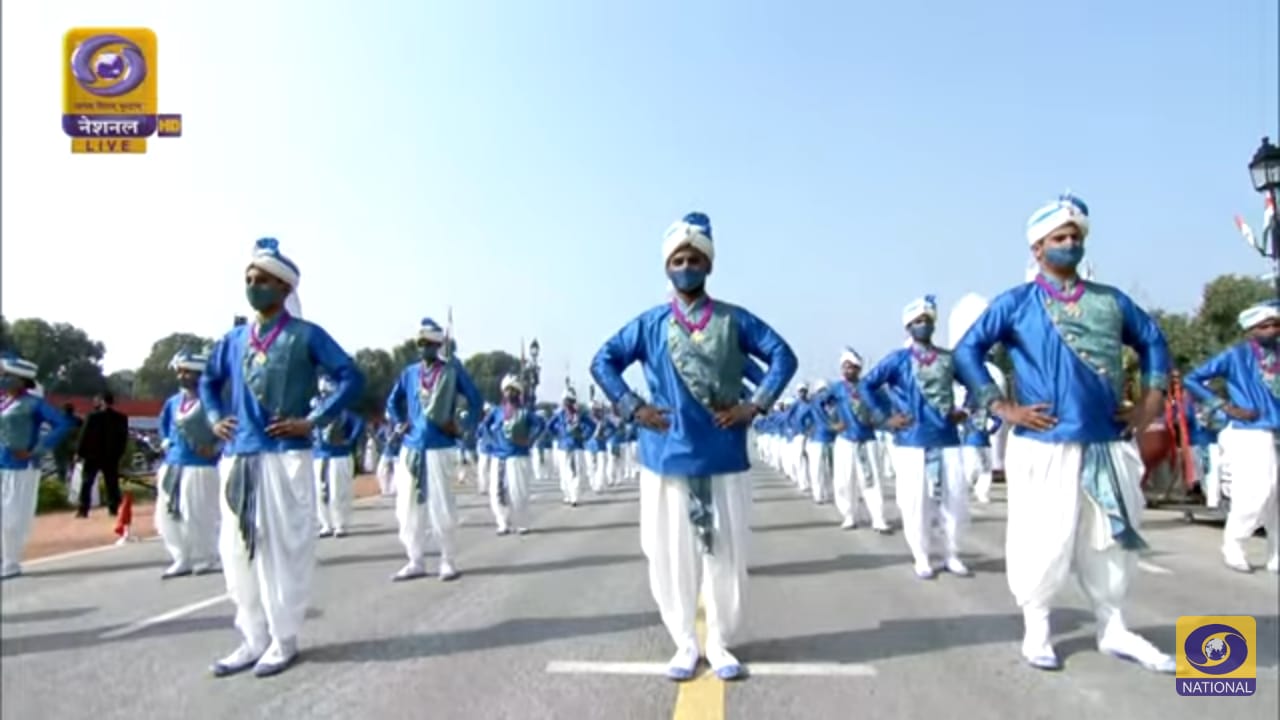 Various Kendriya Vidyalaya schools across the country also celebrated the day by organising flag-hoisting and other cultural activities. 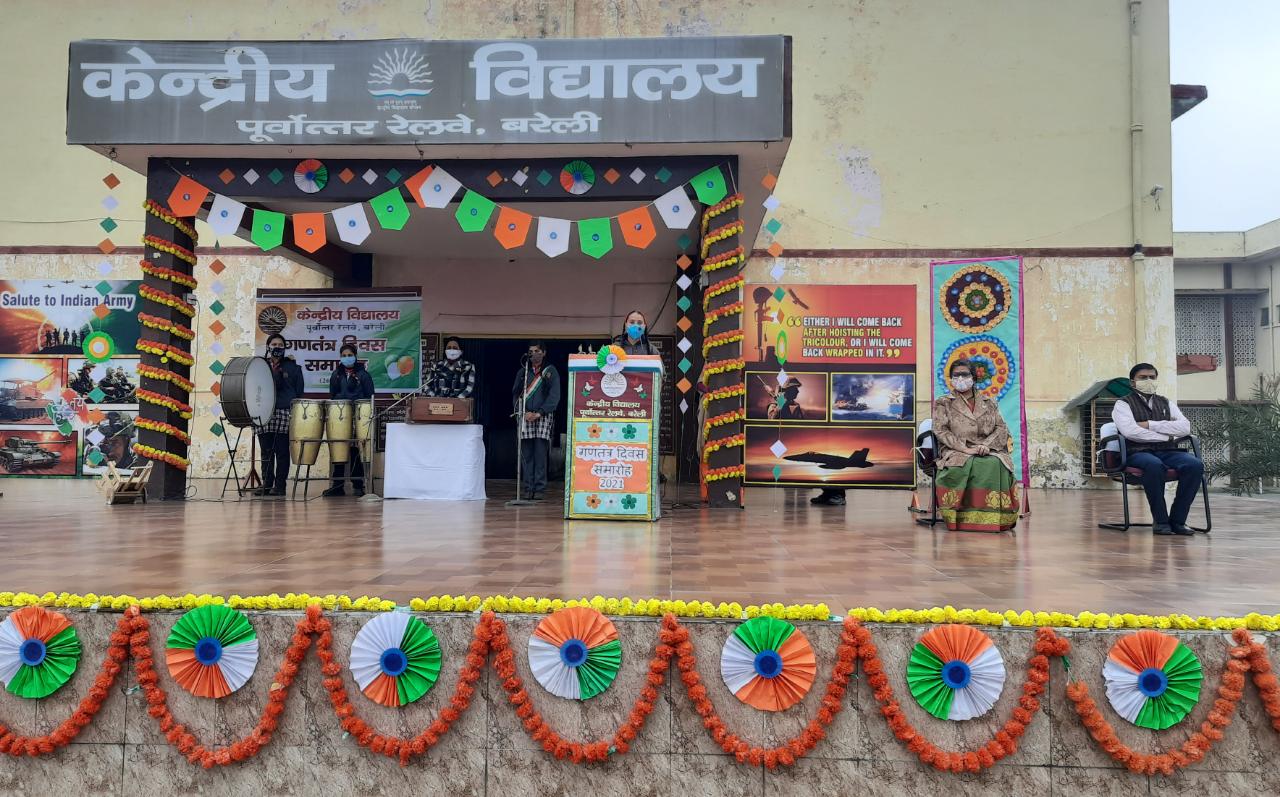 Kendriya Vidyalaya, Joka, Kolkata only invited its teachers to attend the event physically while the students were asked to join virtually. 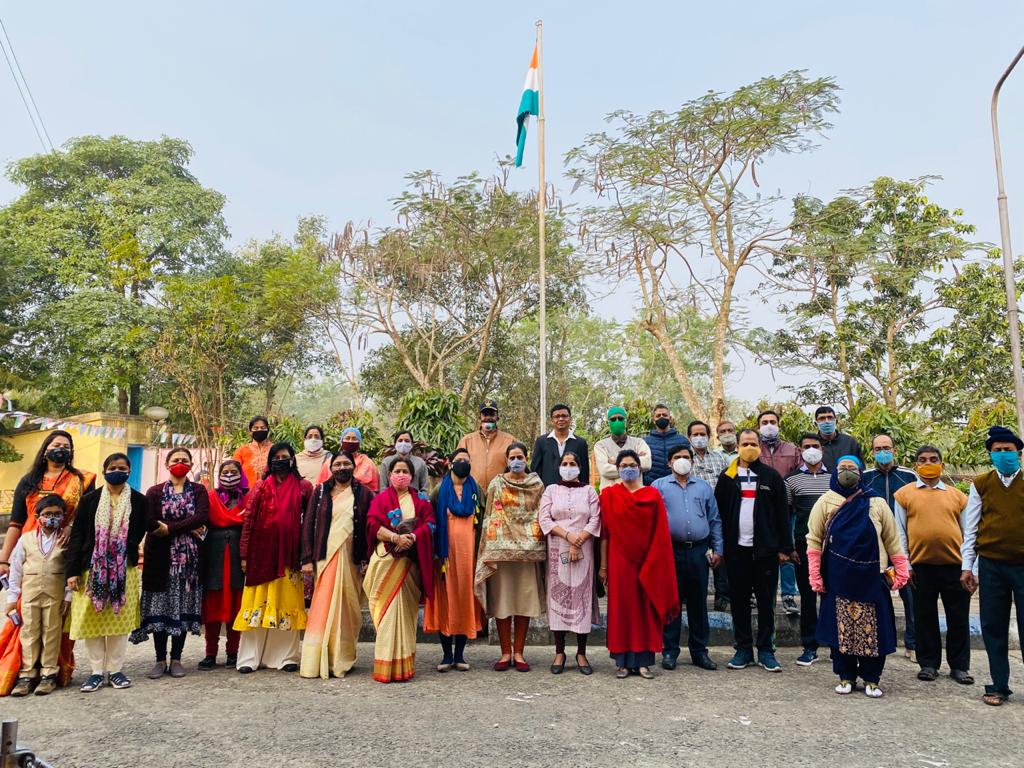 Kendriya Vidyalaya AFS Bamrauli, Prayagraj also invited some guests for the Republic Day celebrations while taking all the precautions to avoid any spread of virus.