Punjab Chief Minister Captain Amarinder Singh has written to Prime Minister Narendra Modi about UGC's revised guidelines and the 'mandatory' exams for final year or semester exams. He has sought his intervention with the HRD Ministry and UGC to reconsider the decision and revert back to the April guidelines which were only advisory in nature.

"UGC may be asked to reiterate its earlier issued guidelines of 29th April 2020 wherein it had been clearly mentioned that the guidelines were advisory in nature and each State/University would chart out its own plan of action taking into consideration the issues pertaining to Covid-19 pandemic," he wrote. 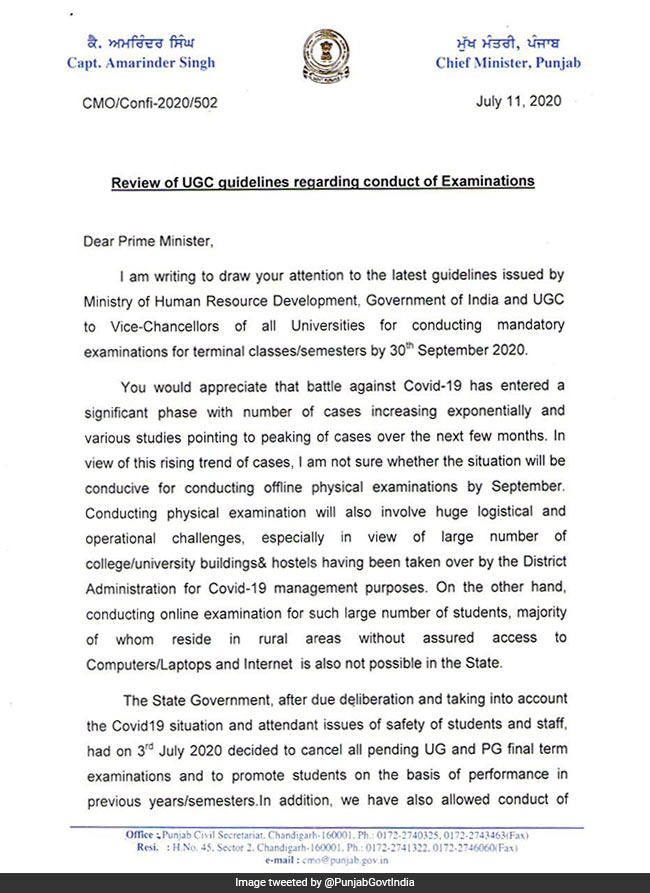 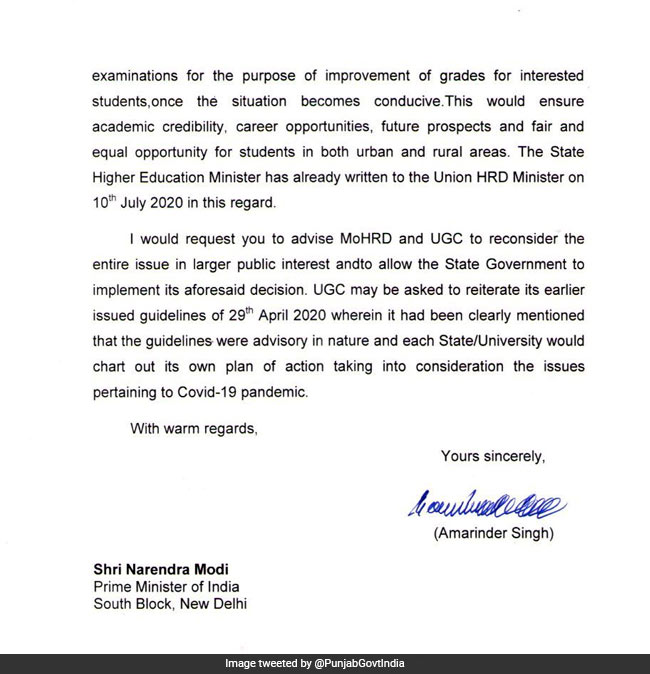 UGC, in its revised guidelines, directed universities to conduct examinations for final semester or year students by September 30.

In view of the rising covid-19 cases, Punjab Chief Minister writes, I am not sure whether the situation will be conducive for conducting offline physical examinations by September.

"Conducting physical examinations will also involve huge logistical and operational challenges, especially in view of large number of college/university buildings and hostels having been taken over by the District Administration for Covid-19 management purposes," he writes.

Conducting online examinations will also not be feasible since majority students reside in rural areas without assured access to computers and internet, he added.

The state government had, on July 3, announced the decision to cancel all pending UG and PG final term examinations and promote students on the basis of performance in previous years or semesters. The government also allowed the provision to conduct improvement exams for interested students when the situation became conducive.

Punjab State Higher Education Minister has already written to the HRD Ministry regarding this on July 10.