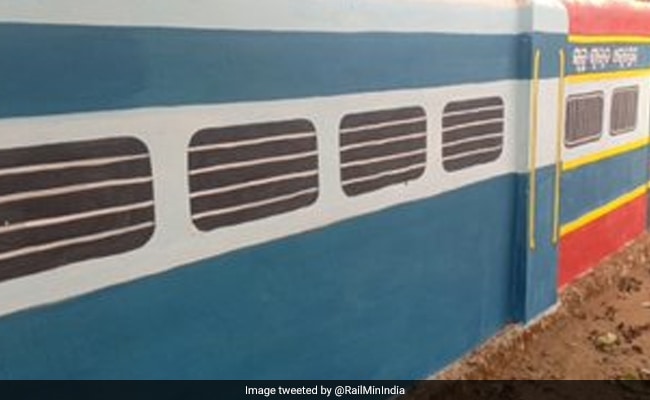 A school teacher in Odisha's Nawarangpur district has gained the attention of Indian Railways.

A school teacher in Odisha's Nabarangpur district has gained the attention of Indian Railways. The Railway Ministry's official twitter handle has shared few images of Sanyasiguda school in Nabarangpur district of Odisha where it can be seen the boundary walls of the schools are painted to look like train coaches. In one of the images, shared by the Ministry, it reads "Let's go to school".

This is not the first time that teachers of a school have turned to trains for inspiring more students to attend classes regularly.

In September 2019, the teachers of a school at a tribal area in the hinterland of Madhya Pradesh built a classroom like a railway station. This idea turned into an instant hit with students and the attendance in the school sky rocketed. The school's staff had pooled in money to remodel the building and in only 6 days the school was turned into a train.

A school in UP was designed as an electric locomotive to attract students and promote Swachh Bharat. The freshly painted school was named the "Swachhata Express" by the district administration.

Recently, a government school at Nanjangud taluk in Mysuru was painted as a train coach to check migration of its students to private schools.

Trains are considered to be the favourite toys of kids. The real intention behind painting school walls and classrooms as trains to attract kids to come to schools, though is not known, but the outcome derived from this social experiment substantiates this as a fact.