Several schemes launched by the Centre in the field of education have helped not only in checking school dropout rates but also promoted the holistic development of children, Prime Minister Narendra Modi said on Friday. 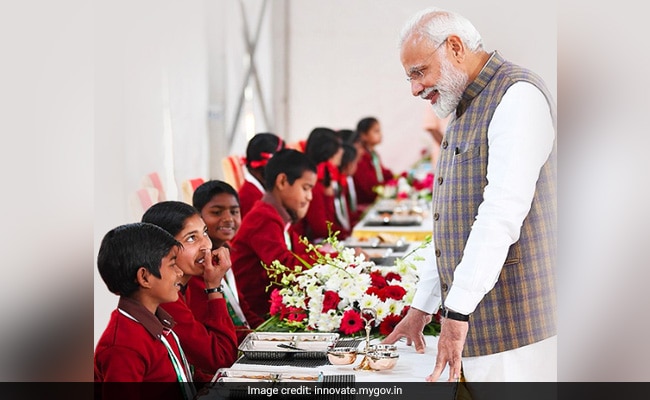 Several schemes launched by the Centre in the field of education have helped not only in checking school dropout rates but also promoted the holistic development of children, Prime Minister Narendra Modi said on Friday.

Addressing Ekal Vidyalaya Sangathan, Gujarat through video conferencing, the prime minister congratulated the organisation for spearheading the 'Ekal School Abhiyan' which aims to promote education among rural and tribal children.

The organisation runs one-teacher schools (known as Ekal Vidyalayas) all over India. Modi appreciated the volunteers for their role in nation building by imparting education and awareness to more than 2.8 million rural and tribal children who reside in the remotest locations across India and Nepal, a statement from the Prime Minister's Office said.

In his address, the prime minister said the central government is also working for better education and skill development in India.

Schemes such as scholarship for scheduled tribe children, Eklavya model residential schools, Poshan Abhhiyan, Mission Indradhanush, and school holidays on the occasion of tribal festivals have helped not only in checking school dropout rates but have also promoted the holistic development of children, he said.

Congratulating the 'sangathan' on reaching the figure of one lakh schools across India, Modi said working with passion, dedication and commitment turns an impossible goal into an achievable one.

He highlighted the fact that the 'sangathan' has been awarded with Gandhi Peace Prize due to its commitment towards social service and for being a role model for the whole country.

PM Modi suggested that to celebrate the 75 years of Independence in 2022, the 'sangathan' should encourage its school children to organise skits, musical competitions, debates and discussions to highlight the role of tribes in the Indian freedom movement.

The competitions may start this year and complete with an all-encompassing national level competition in 2022, he suggested.

The prime minister proposed pairing private and public schools wherein students from rural background will learn from their urban counterparts and vice versa. He said it would boost the idea of 'Ek Bharat, Shrestha Bharat'.

Reminding the audience that the day coincides with the death anniversary of B R Ambedkar, Modi highlighted that 'Ekal Sangathan' has succeeded in realising Baba Saheb's dream of imparting equal education to girls and boys.

(Except for the headline, this story has not been edited by NDTV staff and is published from a syndicated feed.)
Comments
PM ModiNarendra Modi